While North India is prominent for its magnificent forts and palaces, South India is a repository of cultural treasure and heritage. Its glorious civilization is reflected its exquisite temples, architectural ruins and overall way of life. 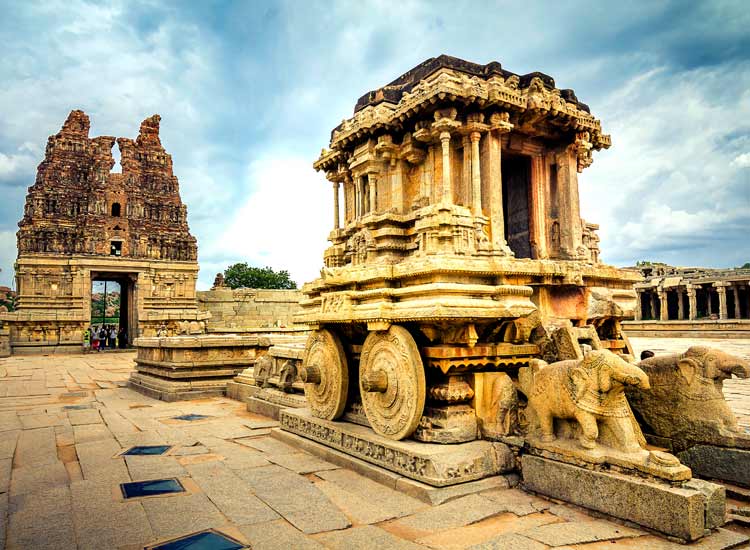 The archaeological ruins of Hampi are one of the greatest fascinations for the country as a whole. This fabulous city is a virtual open-air museum and is classified as a UNESCO World Heritage Site. Its not just the architecture that leaves the visitors spellbound, but the scientific applications behind them. One example of this is the musical pillars at the Vittala Temple. Here, each pillar produces a musical note when struck. The chariots, underground passages and the temples, everything captivates the visitors here. Chennai is counted as one of the most fascinating places in South India. This beautiful city, previously known as Madras, was built by the East India Company. The various colonial architecture scattered all across the city reflect its colonial heritage. Some of these places include St. Thomas Cathedral, University Building, Fort St. George, Dovetan House and State Museum of Madras. National Art Gallery, built in the year 1907, is another place worth visiting. 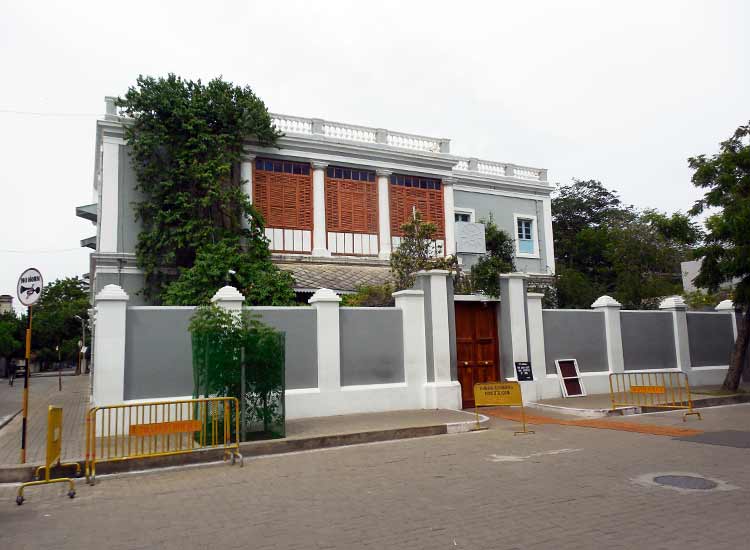 In Pondicherry, time seems to come to a halt, quite literally. Apart from that, its French quarters, dressed in exciting colors, capture your instant attention. An amazing historical piece of architecture here is the Raj Niwas. It served as the palace of Dupleix, the official French governor. Another place worth visiting is Sri Aurobindo Ashram, which hosted Aurobindo and his disciples during the 20th century. For gaining insights into the Chola and Pallava dynasties of India, visit the Pondicherry Museum. 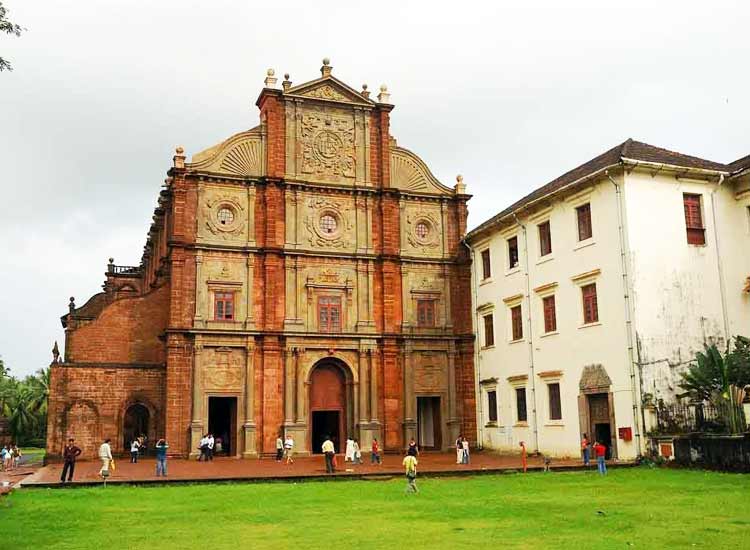 Goa is normally associated with its beaches, parties and nightlife. However, for anyone who cares, Goa also possesses a rich heritage. One comes across this heritage in the numerous forts and churches. One of these is the Chapora Fort, which was built by the Portuguese during the 16th century. The Basilica of Bom Jesus in Old Goa is another favorite tourist attraction. It contains the remains of St. Francis Xavier – Goa’s patron. Fort Aguada, The Royal Chapel of St. Anthony and Cabo Palace are other equally famous historical sites. 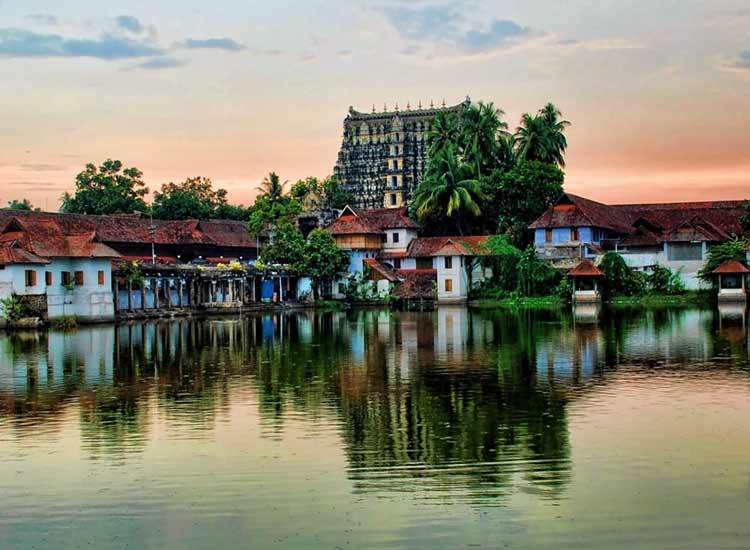 Trivandrum’s colorful culture and historical background make it one of the most attractive places to visit in South India. Vizhinjam rock-cut cave temple, carved during the 18th century, showcases incredible rock cut sculptures. A symbol of opulence and extravagance can be witnessed in the Kuthiramalika or Puthenmalika Palace Museum. Erected during the 16th century, the Padmanabhapuram Palace is a perfect example of traditional Kerala wooden architecture. Napier Museum, founded by Maharaja of Travancore in 1855, is another treasure house of history.

Plan your stay with heritage hotels in Trivendrum. 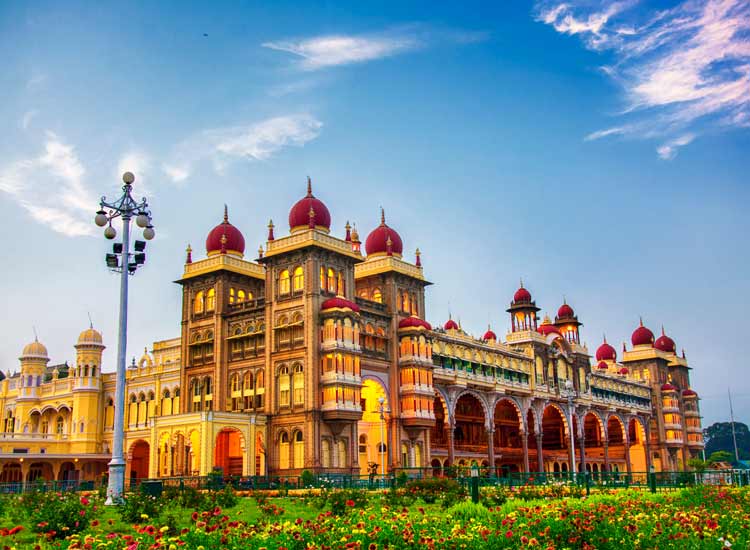 Mysore prides itself on its glorious heritage, which is evident in its temples and palaces. It once served as the capital of the famous Wadiyar Dynasty. History lovers have much to explore here, from the grand Mysore Place to the wonderful Chennakesava Temple. Of course, who can mention Mysore and not mention “Tipu Sultan” – the tiger of Mysore? One can find his legacy all over the place. The best time to visit Mysore is during Dussehra, which takes place between September to October. During this time, the illuminated Mysore Palace leaves everyone enchanted with its awesome beauty. 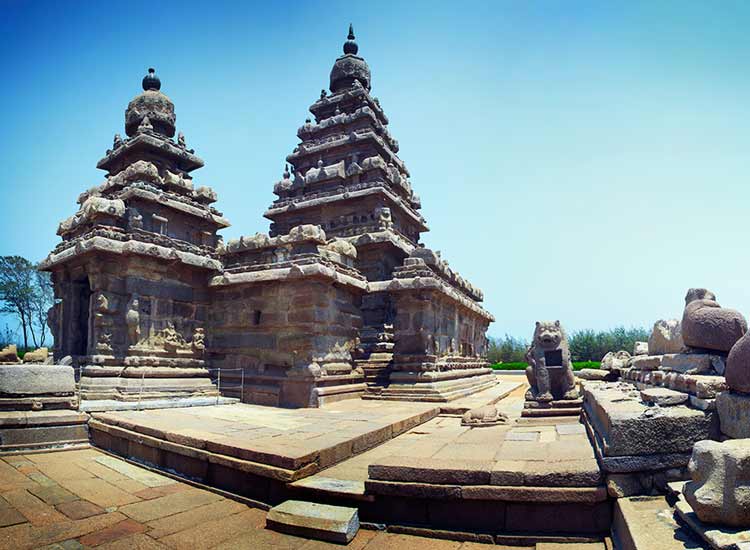 Mahabalipuram, located at a distance of 55km from Chennai, boasts a rich history and mythology. It has one of the largest number of heritage sites in South India. These are collectively called the “Group of Monuments” built by the Pallava kings. Some of the eminent tourist attractions here are the descent of Ganges, structural temples like the Shore Temple and Olakkanesvara Temple. Besides, cave temples like Krishna Cave Temples and Varah Cave Temples, are other historical treasures. 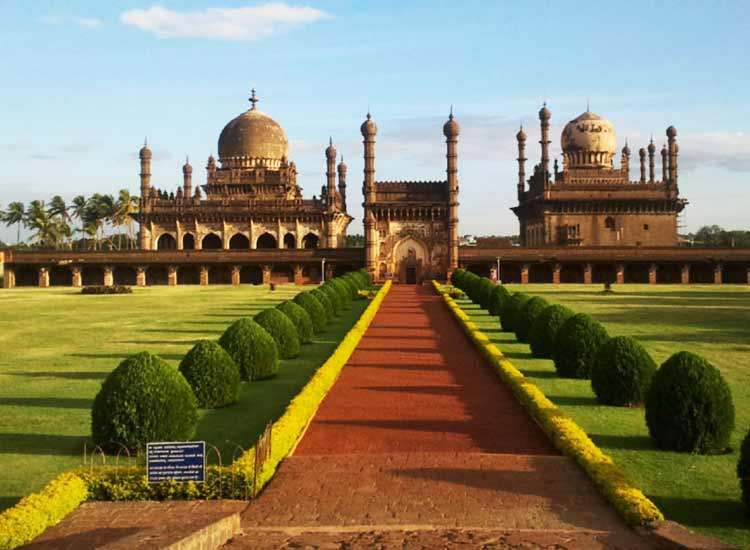 Bijapur holds the distinction of having the largest dome in the world, the Gol Gumbaz. Besides, this state is home to several relics from the Adil Shah dynasty. Gagan Mahal, or Sky Palace, is another famous tourist attraction in India. Its central arch is the tallest and widest in the entire city. Another historical attraction worth visiting is Chand Bawdi. This is a historical tank which was built by Adil Shah in honor of his wife Chand Bibi, to meet the needs of migrants within the town. 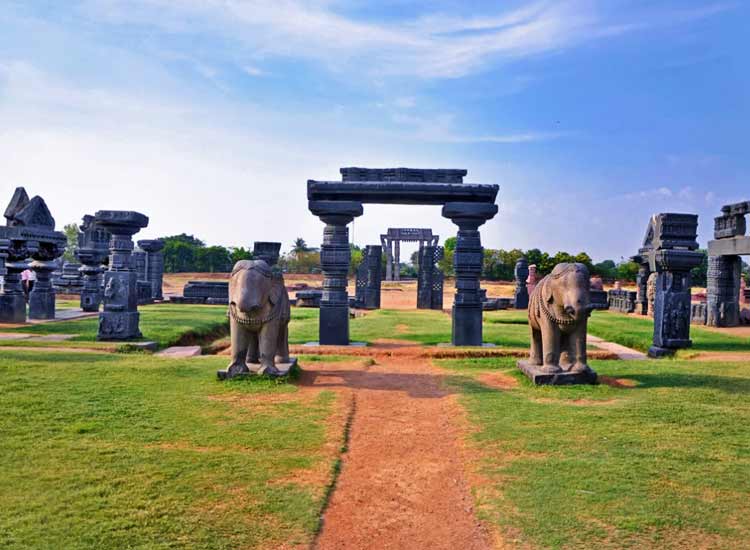 Warangal is a highly favored tourist destination for history lovers. It endears itself through its fort, temples and ruins of a palace. Some of the places here which stand out for their outstanding art are the Bhadrakali Temple and the 1000 Pillars Temple. These reflect the amazing craftsmanship of the Kakatiya Dynasty. Of course, the greatest attraction here is the Warangal Fort, which was built in the 13th century by King Ganapati. The exquisitely caved pillars and arches enhance the attractiveness of the fort. 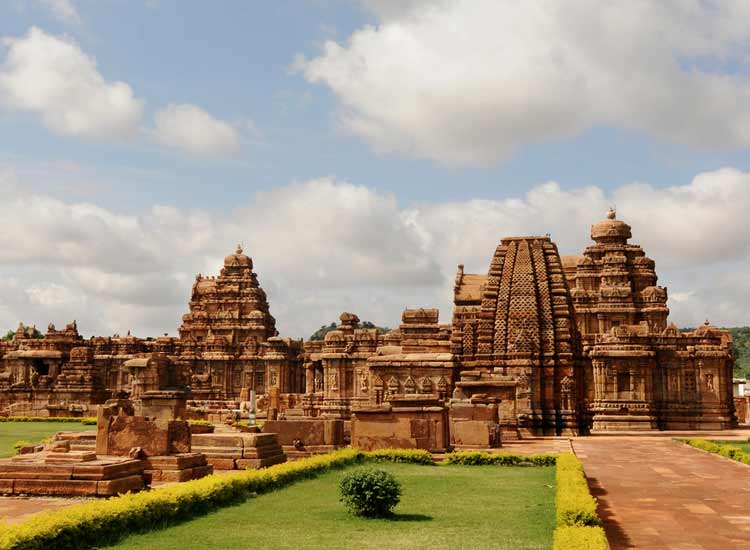 Pattadakal, situated on the banks of the Malaprabha River, showcases the architectural prowess of the Chalukya dynasty. This city prides itself on its outstanding temples, which measure 10 in number. The marvelous beauty and historical relevance of these temples led them to acquire status of World Heritage Site in 1987. These temples display a perfect amalgamation of North Indian and South Indian styles of architecture. 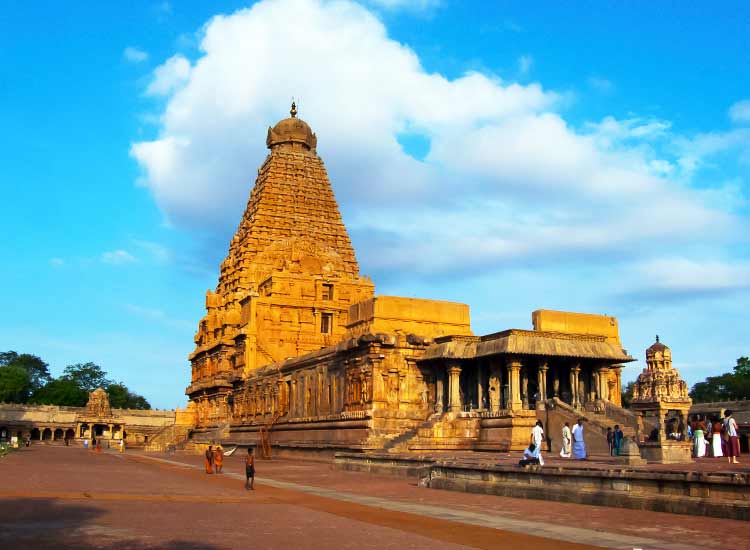 Among the various historical places in South India, Thanjavur occupies a special position. This is the birthplace of the dance form Bharatnatyam. It assumed an important role during the rule of the Chola dynasty. There is a lot to exploration here, from temples to museums to palaces. The 11th century Sri Brahadeeswara Temple is a symbol of glory, while ancient Saraswati Mahal library houses rare ancient manuscripts. This quaint town is also famous for its Tanjore paintings, which make for an excellent souvenir collection. Heritage and devotion are found in abundance in Chettinad. The elegance surrounding the prosperous Chettiar community is reflected in the traditional mansions and palaces. Naturally, there are a lot of historical places to visit here. One of these is Devakottai. It’s a privilege to witness old mansions lining the Chettiar lane. However, this place owes its eminence to its 18th century mansions and ornamented palatial houses that house large courtyards and lengthy corridors. Once can come across these palaces in the villages of Kaanadukathan, Aathangudi, Kandanur and Kadiyapatti. Hassan, located in Karnataka, prides itself on hosting outstanding pieces of architecture. This is displayed in the twin cities of Belur and Halebid. These two cities captivate you with their fabulous temples and relics belonging to the 12th century. Chennakeshava temple, enclosed by a Prakara with a Gopura built in Vijaynagar style, resembles a huge casket. Another great example of temple architecture is the Hoysaleshwara Temple. Here, the shining black stone figures, Queen Shantala Devi’s statue and fabulous sculptures are big attractions. 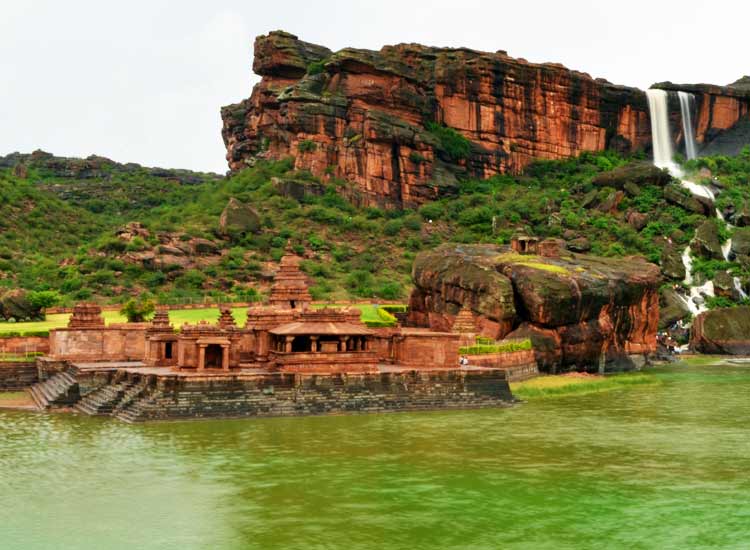 The wonderful town of Badami, established by the Chalukya dynasty, is notable for its amazing cave temples, apart from the Bhutanatha Temple. These rock-cut temples feature intricate carvings of Lord Vishnu, Lord Shiva and other deities from Jainism. About 22km from here lies the exceedingly beautiful group of monuments at Pattadakal, a UNESCO designated World Heritage Site. The Virupaksha, Sangamesvara and Mallikarjuna temples represent the zenith of Chalukyan architecture. 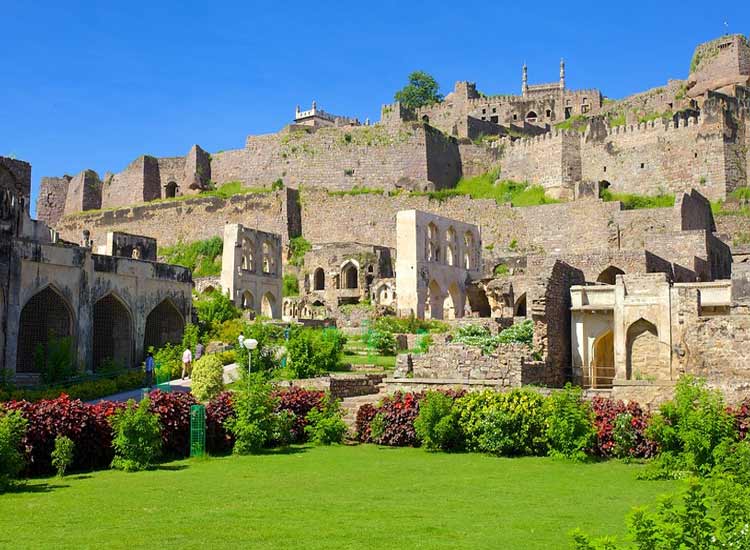 Hyderabad, with its glorious royal past, boasts a number of heritage sites in South India. Having served as the capital of the Nizams, its monuments and museums reflect the glory of bygone days. Salar Jung Museum, with its famed cuckoo clock, is a major attraction, as is the veiled Rebecca. Lovers of classic motor vehicles find their calling in Chowmahalla Palace. Who can forget the Purani Haveli which exhibits the Nizam’s jewelry and three floored wardrobe. However, no visit to Hyderabad is complete without a visit to the Golconda Fort. This fort boasts of four drawbridges, mounted cannons, majestic halls, stables and eight gateways.

One thought on “Fascinating Historical Places in South India”