Housing many of India’s remarkable attractions, Maharashtra beguiles various avid travelers and holidaymakers. There is bounty of popular places to visit in Maharashtra including palm-fringed beaches, UNESCO World Heritage Sites, scenic mountains and cosmopolitan cities etc. From ruins of ancient forts to dynamic cities, mist-shrouded mountains to white beaches and hill stations to pilgrimages, the expansive state has it all.

If you’re still confused as to where to visit in Maharashtra, here are some of the best attractions that you can’t miss! 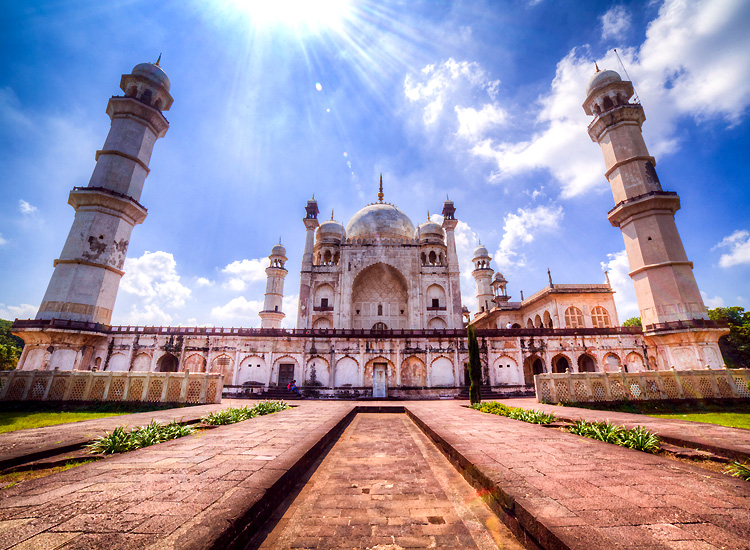 Aurangabad flaunts the title of the ‘City of Gates’ because of its iconic 52 gates. Counted as one of the major tourist destinations in Maharashtra, the city entices history buffs. Enjoying the pristine locations amidst many historical monuments, the town has emerged as a tourism hub making it the tourist capital of Maharashtra. Be it the popular Ajanta and Ellora Caves or the Bibi ka Maqbara, everything amuses with a splendidly entwined tapestry of sights and sounds. Complete your trip to the city by savoring traditional Tughlaq cuisine in form of Tandoors and Kebabs. Don’t forget to buy paithani silk sarees, the city is famous for!

October to March is the best time to visit Aurangabad

Aurangabad can be reached by following ways – 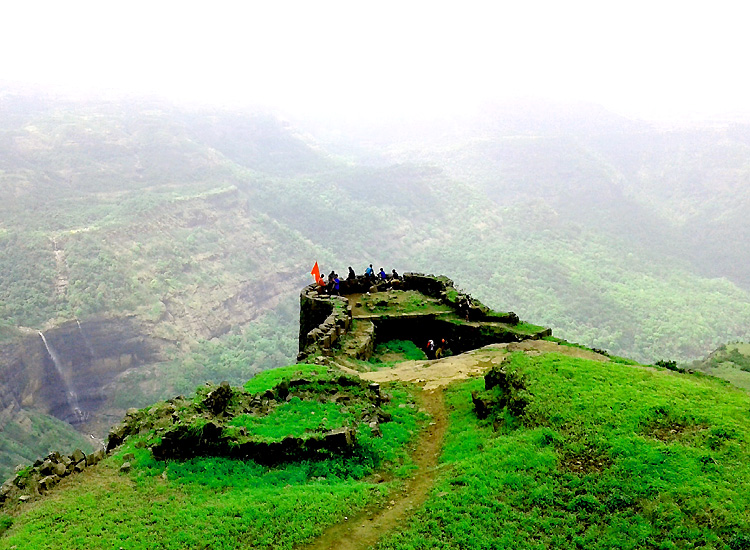 No other destination can beat Lonavala when it comes to enjoying a gala time or delighting-in a soulful weekend. Deriving its name from Prakrit word ‘Lonavali’, meaning group of caves, Lonavala houses many such caves around it. Rainy season enhances the beauty of this spectacular hill station in Maharashtra. A paradise for trekkers and hikers, the scenic hill town is also considered as one of the perfect monsoon getaways in India.

June to February is the best time to visit Lonavala.

One can easily reach Lonavala from Pune, Mumbai or any other part of the country. 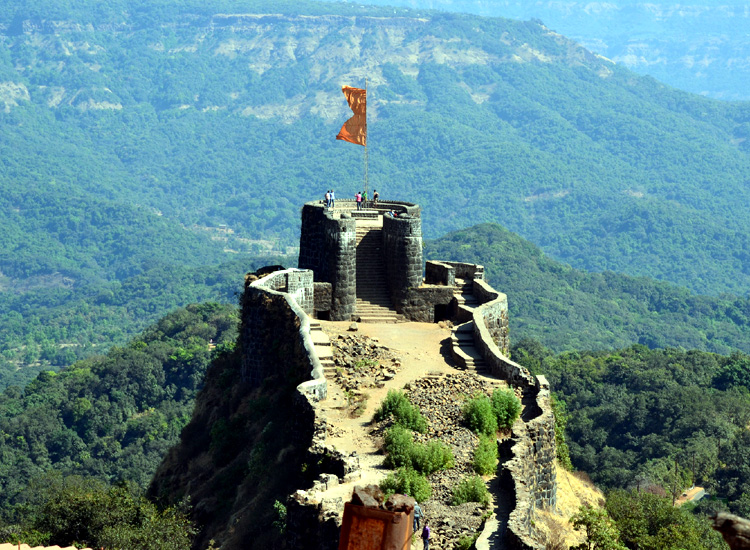 Pleasant climate, several places to visit, spectacular views and superb landscapes – this is what Mahabaleshwar is all about!  The stunning hill station steals the limelight for being the source of the popular Krishna River. The River comes out from the mouth of a cow’s statue situated at the historic temple of Lord Shiva. Four others rivers namely, Venna, Koyna, Gayatri and Savitri also flow into Krishna River at a nearby distance. With such a sublime beauty and many legends associated with the place, Mahabaleshwar holds esteemed position in the list of famous tourist destinations in Maharashtra.

June to October is the best time to visit Mahabaleshwar.

It is very easy to reach Mahabaleshwar by following ways: 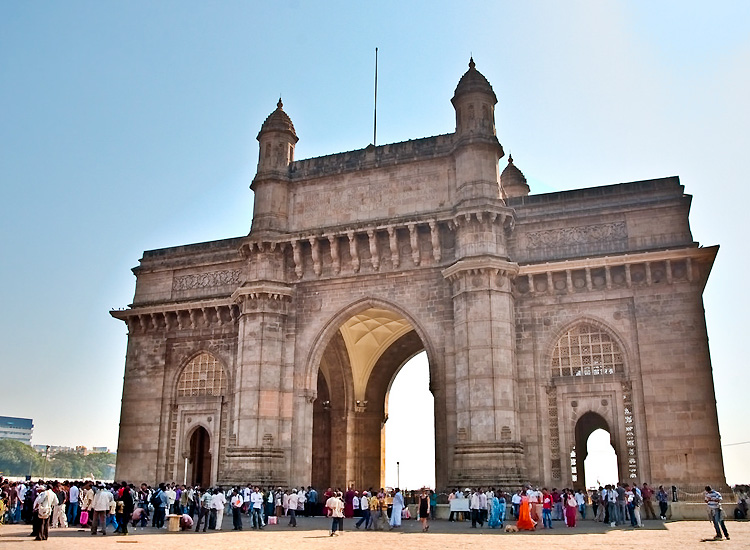 Bejeweled with the presence of number of stars of silver screen and prominent business tycoons, Mumbai remains in the bucket list of many tourists. One of the best things to do in Maharashtra is to behold the astonishing blend of cultures and lifestyles depicted by the wealthiest city in India. Holding the epithet of the ‘City of dreams’, the metropolis is a juxtaposition of old and new, hope and despair, fashion and faith and much more. The largest city as well as the capital city of Maharashtra, it is basically a collection of 7 islands and derived its name from Goddess Mumbadevi. When in Mumbai, don’t forget to buy fashionable clothes and imitation jewelry.

September to March is the best time to visit Mumbai.

Being an important metropolis, Mumbai can be reached by – 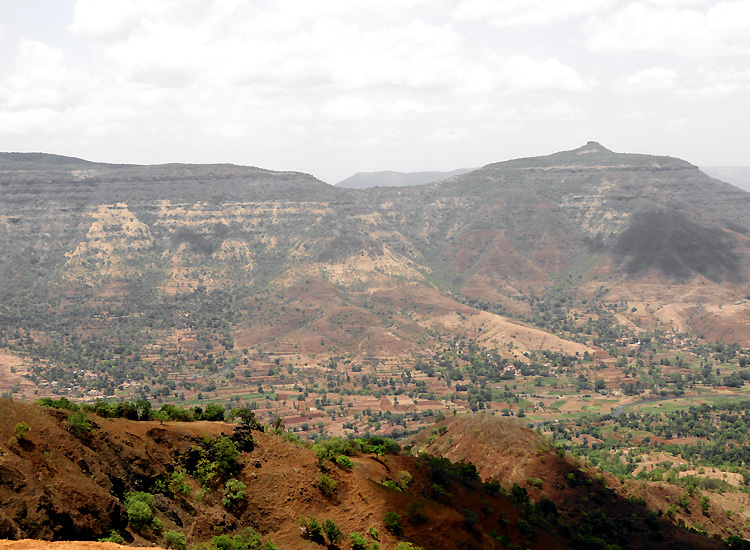 If you’re looking for enthralling paragliding opportunities, then Panchgani is the place to be! The surreal beauty and pristine ambiance accounts for it being one of the best tourist destinations in Maharashtra. Panchgani means ‘the land of five hills’ and was named so because of the vicinity of five villages: Godavli, Dhandeghar, Khingar, Amral, and Taighat. Excellent location amidst the five villages enables Panchgani to cast a spell on the visitors with its lovely valley views and various sunset/sunrise points.

September to May is the best time to enjoy at Panchgani.

Panchgani is easily accessible by following modes of transport – 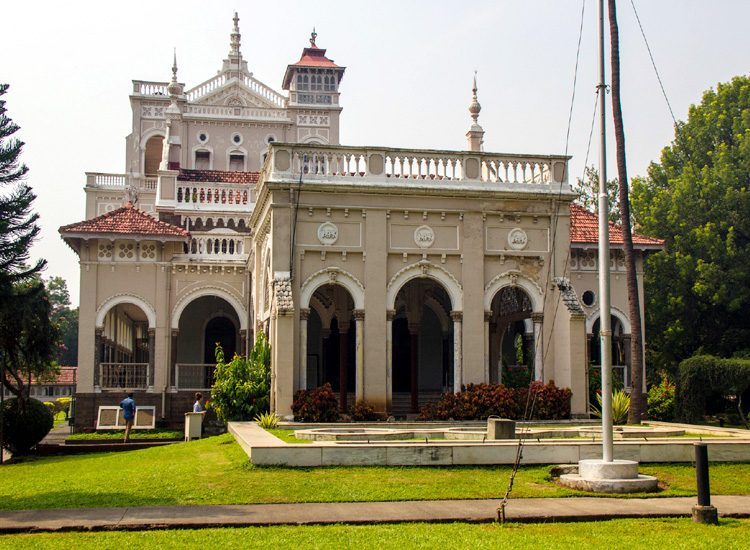 Once known as the Queen of Deccan or Punya-Nagiri, Pune is also one of the must-visit places in Maharashtra. The lively metropolis is nestled at the confluence of Mula and Mutha Rivers and is dotted by spectacular historical monuments from the Maratha period. The grandeur to the diverse city is enhanced by numerous top tourist attractions. The city is rightly titled as the cultural capital of Maharashtra because of hosting various cultural activities. One can witness a great zeal during the popular festivals like Pune Festival, Ganesh Chaturthi and Sawai Gandharva Music Festival celebrated in the city.  An amazing fusion of tradition and modernity leaves the visitors in a state of awe.

September to February is the best time to enjoy at Pune.

Pune is easily accessible by following modes of transport –

[Stay at these heritage hotels of Pune.] 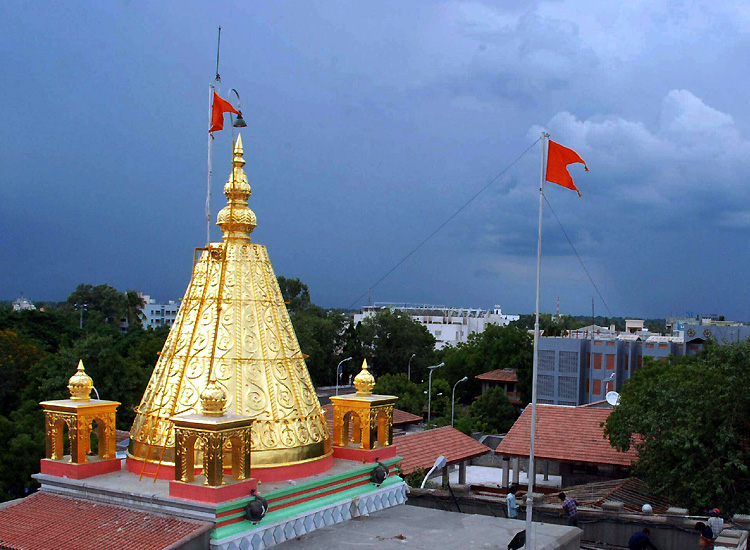 Known for its divine faith in the Sai Baba, Shirdi enjoy immense popularity. Shirdi Sai Baba Temple is the sacred shrine located in the small village and is the holy abode of the revered saint. The trust of the people in the holy saint is so deep that devotees from far and near visit the place to donate various luxuries and cash. This has gained Shirdi an important place in the list of one of the richest temples in India. A trip to the one of the most popular pilgrimage places to visit in Maharashtra is usually clubbed by visiting Shani Shingnapur, a village nearby with houses and shops without doors.

October to March is the best time to sightseeing in Shirdi.

Devotees of Sai Baba come to Shirdi by following ways- 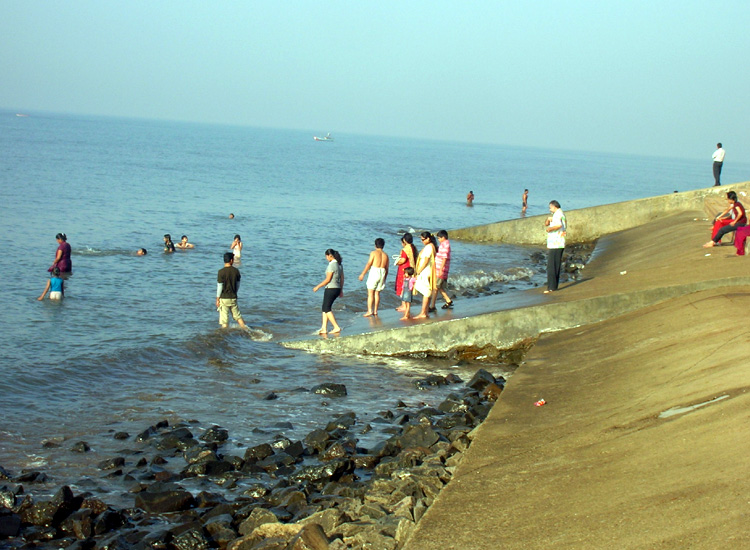 Next on the list of famous tourist destinations in Maharashtra is Alibag. The pristine coastal town is an ideal place for perfect weekend gateway. Dotted with sandy beaches and sea on three sides, Alibag sometimes is referred to as ‘Mini Goa’. Spending time at a place like this with unpolluted environment and number of temples and forts is surely the best thing to do in Maharashtra.

November to July is the best time to sightseeing in Alibag. 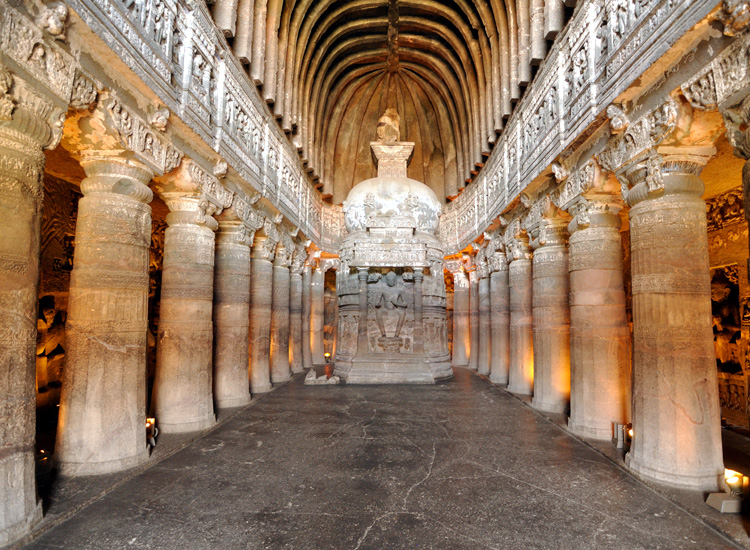 Ellora Caves are regarded as one of the largest rock-cut monastery-temple cave complexes in the world. Out of the 100 caves, only 34 are open to public to marvel at the craftsmanship of the bygone era. Visiting these cave complexes which are also UNESCO World Heritage Site is nothing less than a time travel into the past. History art and culture lovers would love to have glimpses of the ancient India. True amalgamation of Buddhist, Hindu and Jain Cave temples clearly portrays the harmony that existed at that time and give many lessons of life. 12 Buddhist caves with simplest ornamentation, 17 Hindu temples with most dramatic design and 5 Jain temples are the essential part of the Ellora Caves.

June to March is the best time to explore Ellora Caves.

Ellora caves lies in vicinity of the following – 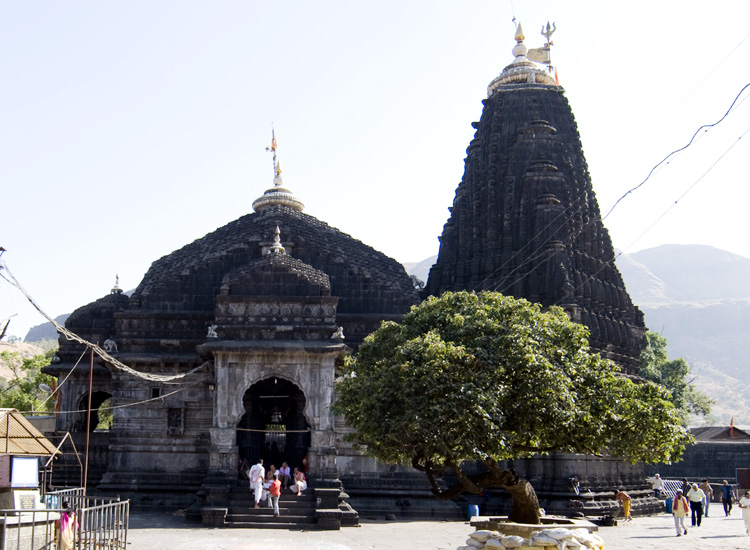 Unwind amidst the countryside ambiance at Nashik. Meet various pilgrims visiting this holy town to seek the blessings of the almighty. The land is so pious that even Lord Rama along with his wife Sita and younger brother Lakshmana was fascinated towards it and resided nearby during their exile. The fact that Nashik is reckoned as one of the important pilgrimages for Hindus is attributed to various reasons. The city is thronged by countless people when it hosts the Kumbh Mela after every 12 years. Nestled on the banks of River Godavari, Nashik is also home to one of the twelve Jyotirlingas. Besides the religious significance, the ancient holy city is also visited for the Sula Vineyards offering the best of the wines in the country.

October to March is the best time to plan a trip to Nashik.

Nashik can be reached by approaching the followings – 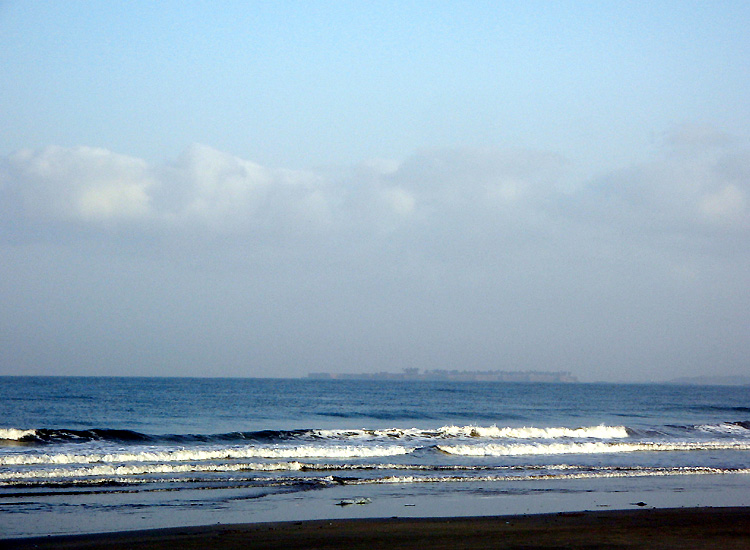 The relaxed vibe of Tarkarli pampers you to sit back and enjoy perfect beach holidays in India. Now, no need to go to distant places for partaking in Scuba Diving as this best tourist place in Maharashtra is a paradise for scuba divers. The divinely striking hamlet is replete with alluring charm and gracious beauty. Innumerable pristine beaches add to the lure of this quaint village. Don’t forget to savor delicious Malvani food here.

October to March is the best time to plan a trip to Tarkarli.

Mentioned below are the nearest airport, railway station and bus stand to Tarkarli. 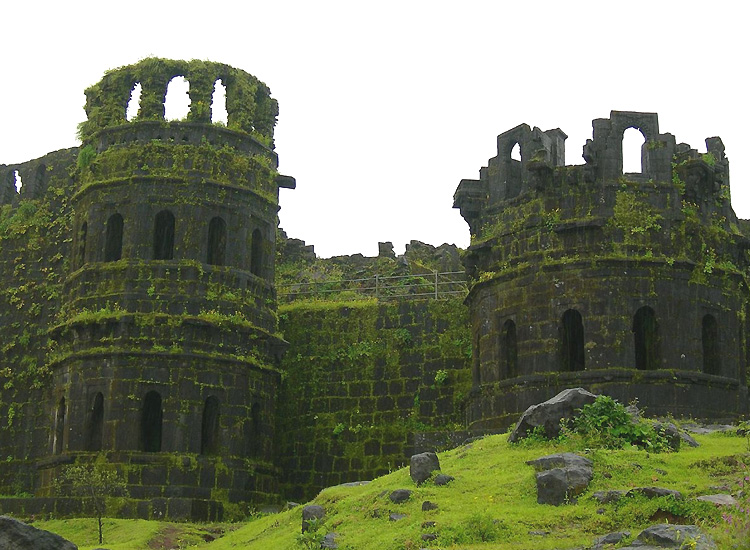 Once known as Kolaba district, Raigad has a long history. The rich historical part of the district is evident till today in the form of Ashtavinayak Temples, Elephanta caves, etc. The district was won by renowned Maratha ruler, Chhatrapati Shivaji Maharaj in 1656. Bounded by Thane, Mumbai Harbor, Ratnagiri, Pune, and the Arabian Sea, Raigad has so much to explore. Pristine beaches, scintillating historical places, diverse flora and fauna of Western Ghats and picturesque landscapes render the visitors speechless. All these team up together to make Raigad rank in the list of top tourist attractions in Maharashtra.

November to March is the best time to plan a trip to Raigad.

Mentioned below are the nearest airport, railway station and bus stand to Raigad. 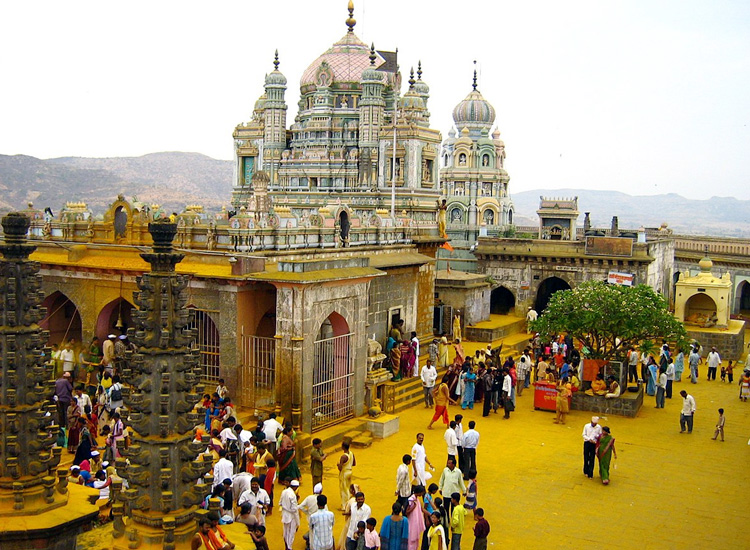 Another popular religious place to visit in Maharashtra is Jejuri. The entire credit for the popularity of Jejuri goes to the Khandoba temple. Believed to be the incarnation of Lord Shiva, Khandoba is the presiding deity of the city. Perched on a hill, the sanctum sanctorum beguiles with panoramic views of the surroundings. The temple can be reached after ascending a series of nearly 200 steps. One thing that immediately grabs the attention is the grandeur of the craftsmanship of the temple.

November to February is the best time to plan a trip to Jejuri.

One can reach Jejuri by – 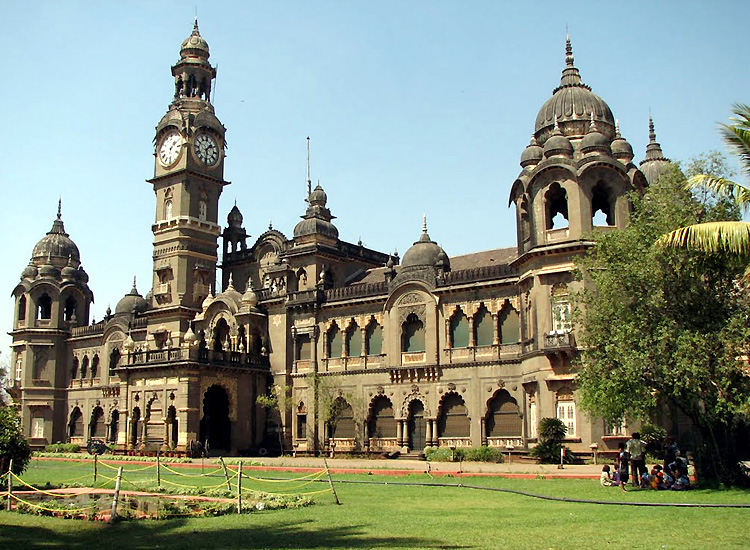 Lying along the banks of the river Panchaganga, Kolhapur is one amongst the historic places to visit in Maharashtra. The historic city is named after a mythological demon Kolhasur. People throng the destination to buy chappals and jewelry. Once in Kolhapur, treat your taste buds with the delectable flavor of the Kolhapuri dishes.

July to February is the best time to visit Kolhapur.

One can reach Kolhapur by – 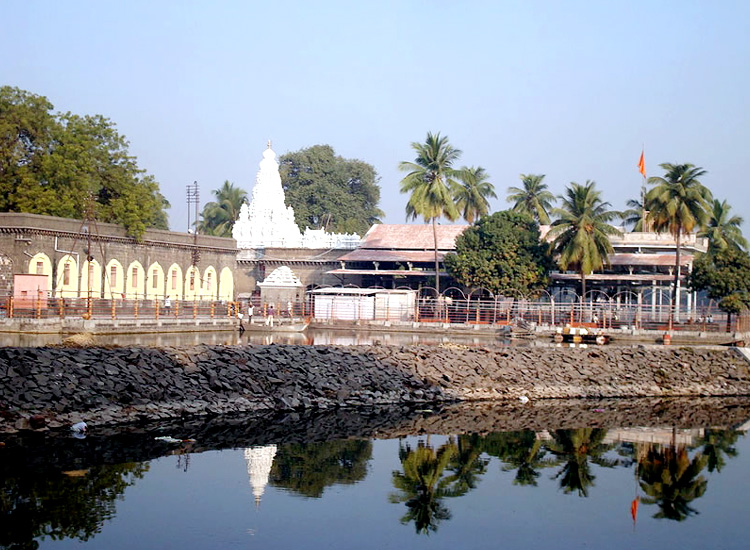 Solapur translates into ‘Sola’ meaning sixteen and ‘pur’ means village. The name was accredited to the city because it was believed to be spread over sixteen villages. One can admire the multi-cultural and multi-linguistic features of the one of the most popular destinations in Maharashtra by spending a few days here. A large number of people gather here during the annual fair locally known as Gadda Yatra. The fair marks the marriage ceremony of Lord Siddheshwar, the presiding deity here. His wedding is celebrated with great pomp and show.

July to February is the best time to visit Solapur.

One can reach Solapur by –

These are just a few jewels of Maharashtra, there are many more to explore. Plan a trip and see how many of them you can discover.

[Check out heritage hotels in Maharashtra for a perfect stay.]

5 thoughts on “Places to Visit in Maharashtra Showcasing Historical Legacy”