The abundant of natural and man-made splendors make Sri Lanka be acclaimed as Asia’s Richest Treasure Trove. Colonial strongholds, royal & sacred cities, virgin forests, and temple caves are some of the major attributes that define Sri Lanka Tourism. In addition to this, 7 World Heritage Sites in Sri Lanka listed and declared by UNESCO are also a few must-visit attractions to be enjoyed during Sri Lanka tours from India.

The Sacred City of Anuradhapura 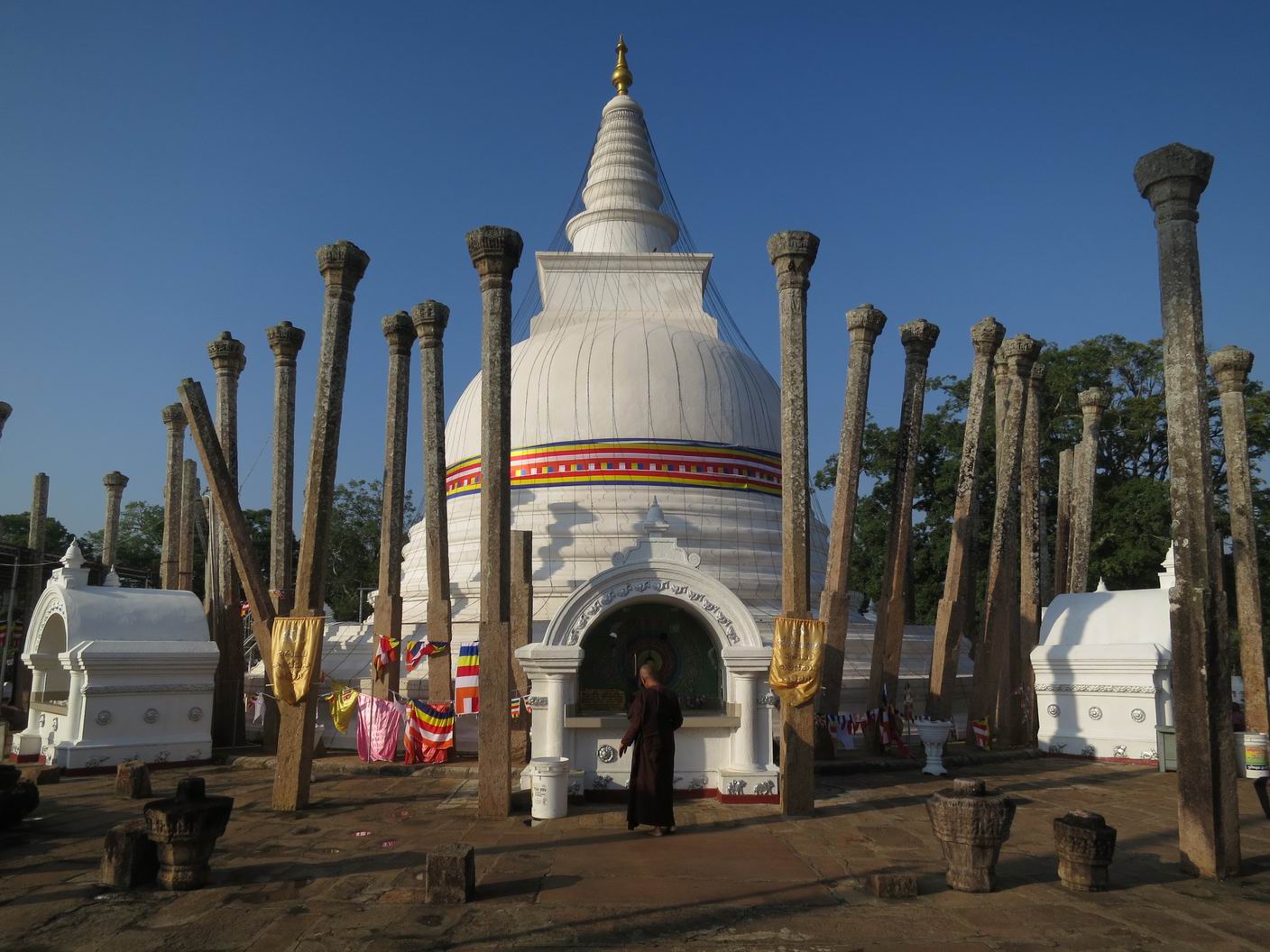 To explore the cultural richness of Sri Lanka, the city of Anuradhapura is a must visit. The city has rightly preserved the ruins of the Great Sri Lankan Civilization. The city has served as a royal seat for more than 250 Buddhist and Hindu kings for almost 1400 years. In 1982, the city was declared as a UNESCO heritage site. The site is located at a distance of 205 km from north of Colombo (Capital City), on the shores of historic Malvathu Oya. Established in the 4th century, the city served as a capital for the Anuradhapura Kingdom till the early 11th century. The city was regarded as the stable and durable political center in South Asia. The richness of the city also gave birth to a great civilization and a unique culture. Anuradhapura is also regarded as great important to the Buddhist world, there are monasteries that sprawl over an area of 16 sq miles (40 sq km), making it count as one of the major archaeological sites of the world.

The Medieval Capital of Polonnaruwa 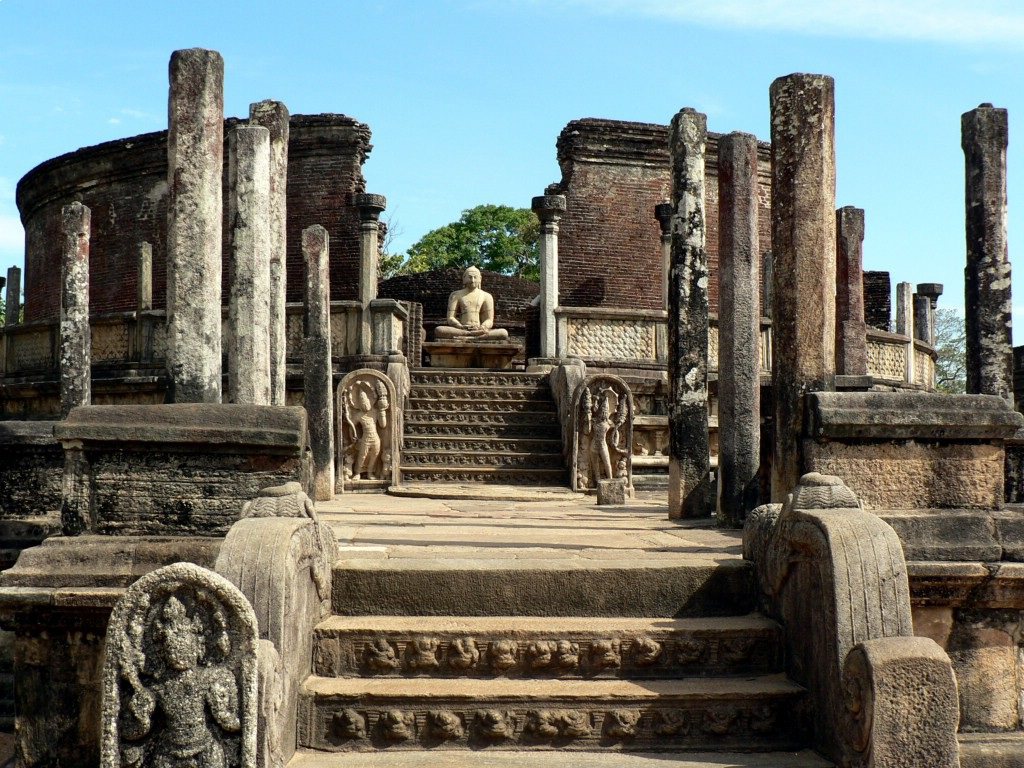 Polonnaruwa is also the ancient city of Sri Lanka. The historic relevance of the city makes it popular and a must visit travel destination. Polonnaruwa was announced as the capital city of King Vijayabahu I, who in 1070 CE conquered the Chola invaders. This was to reunite the country under a local leader. However, his grandson Parakramabahu I is regarded as the real hero of the city according to the historic citations. Jananathamangalam was the name of the city during the short Chola reign. The city is acclaimed as the best planned Archeological relic site, serving as the testimony to the greatness and discipline of the former rulers of the country. In 1988, the city of Polonnaruwa was declared and listed as a World Heritage site by UNESCO. 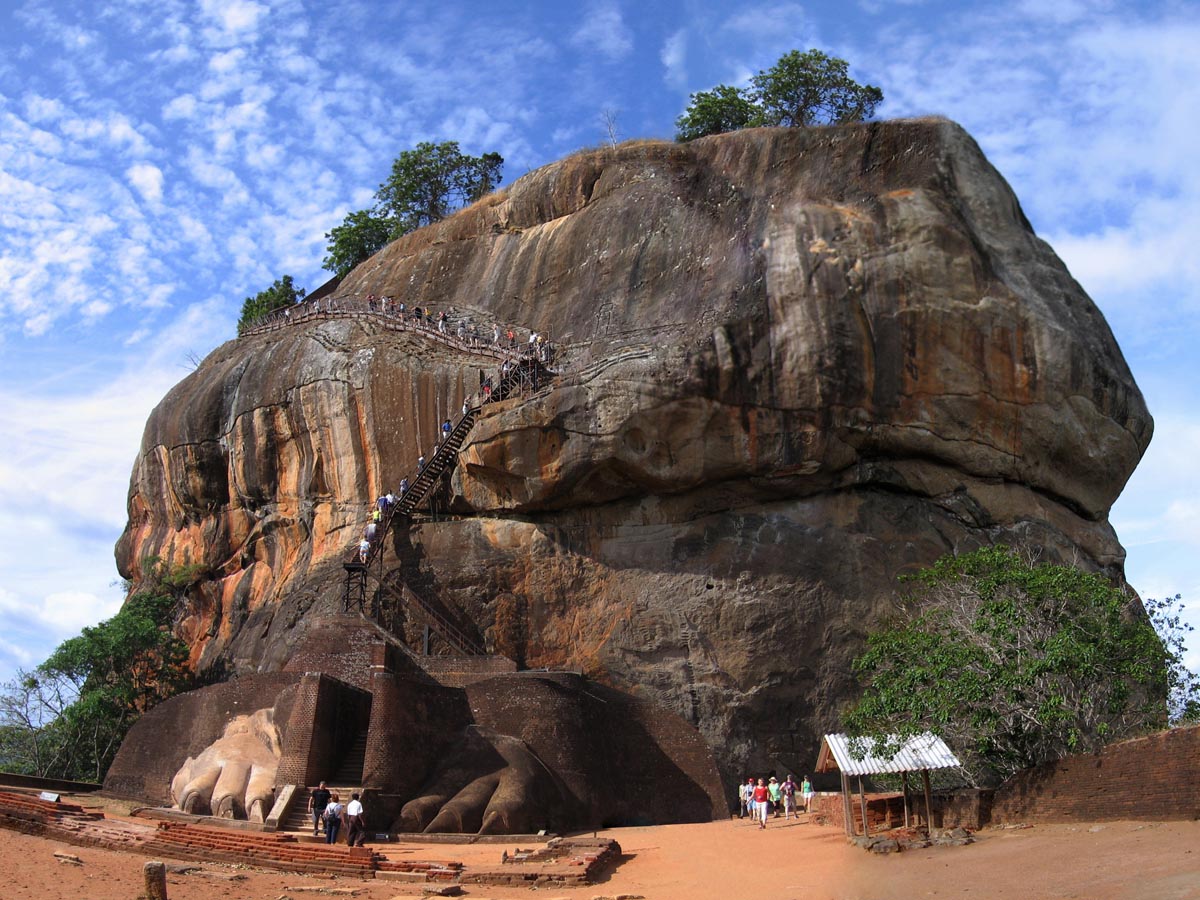 Lion Rock is another name for Sigiriya, which is also regarded as the lion -mountain or archeological rock fortress. The fortress and palace is located in the central province in Matale District of Sri Lanka. In 1988, Sigiriya was announced as a World Heritage site by UNESCO. Here, the visitor can witness the unique accumulation of fifth century urban planning, which is surrounded by extensive network of gardens engineering & hydraulic technology, and art & architectural splendors. Sigiriya Rock is basically a hardened magma plug from long-eroded and extinct volcano. The fortress complex includes the central rock with the height of 200 m and rectangular precincts on the west (40 hectares) and the east (90 hectares), three ramparts and two moats. The Sigiriya Rock Fortress was built during the rule of King Kasyapa in Anuradhapura era (AD 477 – 495).

The Royal City of Kandy 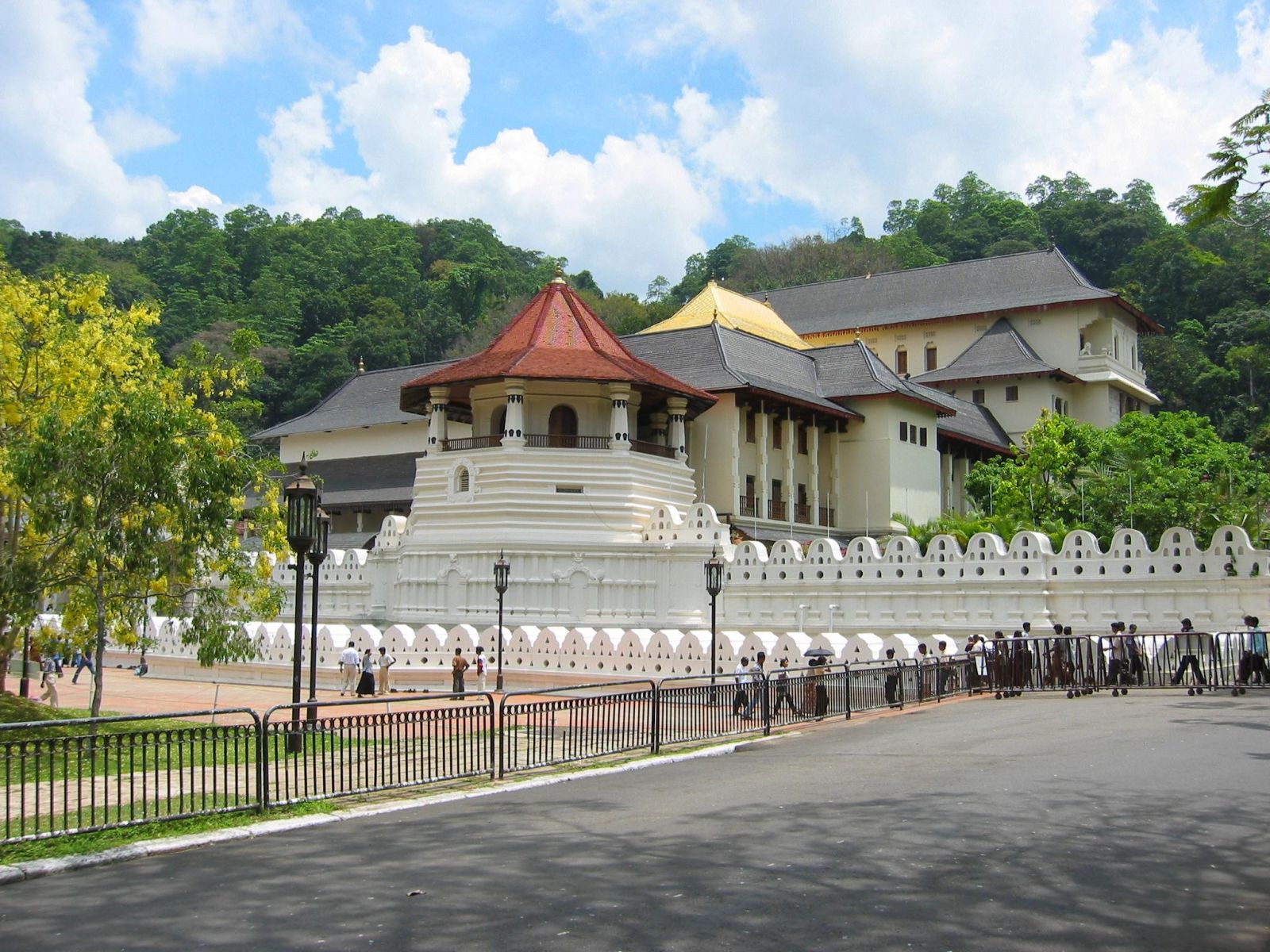 Kandy is the erstwhile capital of the last remaining independent ruling state in Sri Lanka following the conquering of coastal region by the Portuguese. The last ruling dynasty of Kandy is the Nayaks. Kandy was an independent kingdom but in 1815 it was annexed by the British troops. The British overthrew the rule of Sri Wikrama Rajasingha and executed all the pretenders of the throne. This led to the end of the last traditional realm of Sri Lanka and replaced it with their dominion. The Temple of the Sacred Tooth Relic is a famous tourist attraction of Kandy. It was constructed within the premises of a royal palace complex which houses the only surviving relic of Buddha, a tooth, which is highly revered by Buddhists. The city is a UNESCO designated World Heritage Site due to the temple. 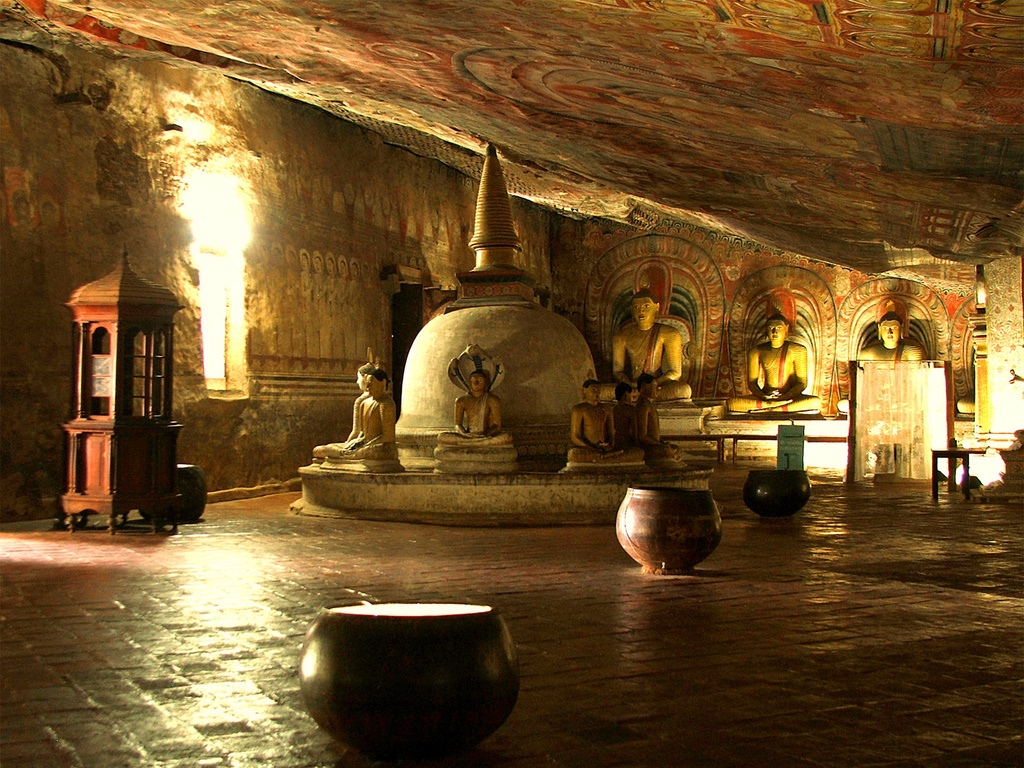 Dambulla Cave Temple is popularly called as Golden Temple of Dambulla by tourists. The UNESCO World heritage site in Sri Lanka is located right at the heart of the country. Dambulla is the largest cave temple complex in Sri Lanka that has been maintained with utmost care and attention to detail. Approximately 80 noteworthy caves are noted in these surroundings. Tourist love visiting those 5 caves where numerous Buddhist statues and paintings can be found. In totality, one could find 153 Lord Buddha statues, 3 Sri Lankan kings’ statues, 1 God Vishnu’s statue and 1 Lord Ganesh’s statue. On the walls, the scriptures and writings indicate the stories of Lord Buddha’s temptation by Mara (demon) and Buddha’s first sermon. 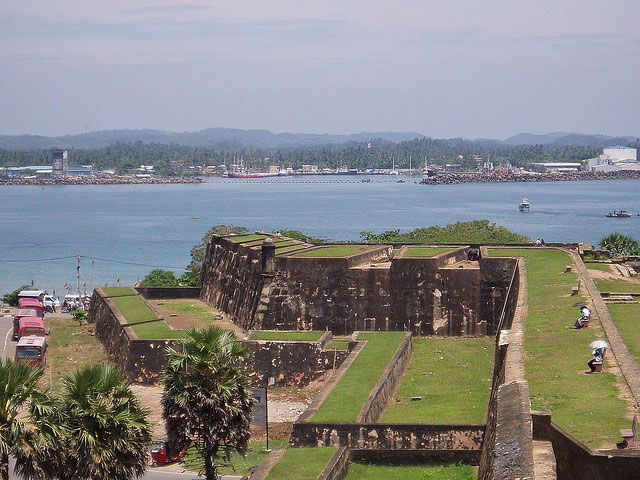 One of the quaint little cities in Sri Lanka is Galle, offering romantic vacations like none other. The Dutch fort in the area is simply magnificent to look at and is a major tourist destination. It is believed among tourists and locals that Galle is the most historically significant destination in the whole country. The city earned distinction with the arrival of a Portuguese fleet in the year 1505. The town has been named after the sound of a cock, as cock is called as Gallus in Portuguese. Some falsify this notion and believe it to be named after Sinhala word gala which means rock as the location is replete with rocks at every corner. Because of presence of these huge rocks, the area was considered to be very dangerous for shipping back in the erstwhile days. 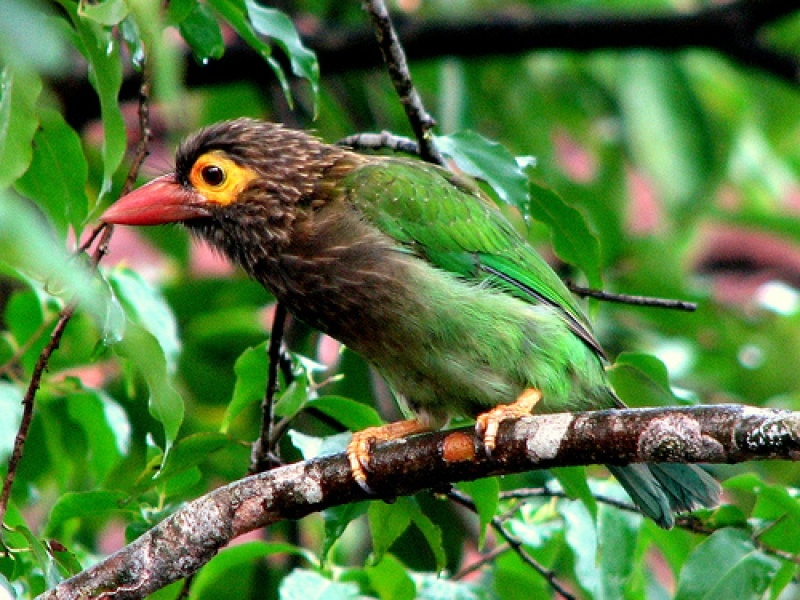