All that you need to know about the Pushkar Camel Fair 2018: A Cultural Extravaganza

One of the oldest and sacred cities in India, Pushkar is a home to several attractions. Out of the many, Pushkar Camel Fair is the one which steals the limelight and lures scores of tourists. Interestingly, the annual five-day long cultural fete and livestock fair is attended by many national and international visitors. The full-moon night of the Kartik Purnima adds to the charm of the fiesta which presents a sight to behold on an epic scale. 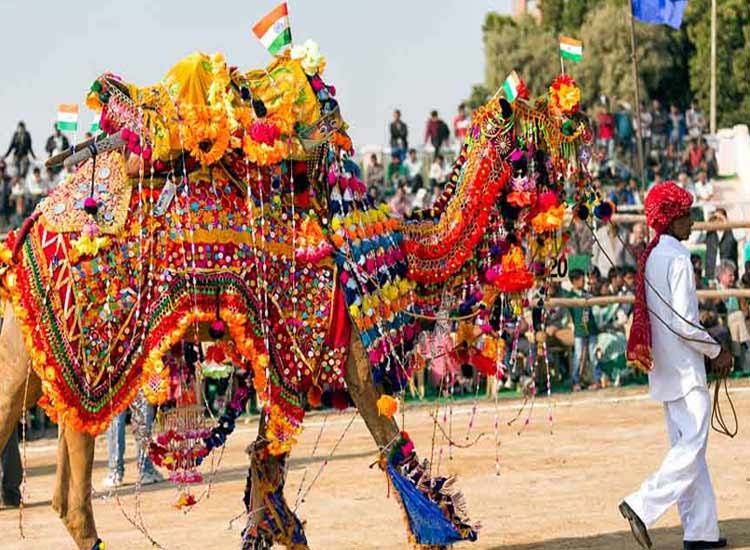 Besides the trading of the livestock, basically camels, several other fascinating competitions such as the ‘matka phod’, ‘longest mustache’ and ‘bridal competition’ raise the fun quotient. Thus, it is no wonder that why this one of the last great traditional fairs is eagerly anticipated. Pushkar Fair presents a matchless spectacle, colors, cultures and traditions at a single place.

So, if you are also planning to be a part of the Pushkar Camel Fair 2018, here are some essential details about the vibrant fiesta.

When is the Pushkar Fair organized?

Held in the Hindu calendar month of Kartik, the Pushkar Fair commences with the start of the revered month and ends on the Kartik Purnima. However, the fair remains in full swing during the last 5 days. According to the Gregorian calendar, the Kartik Purnima overlaps with late October or early November. This year 2018, the Pushkar Mela will be held from 15th November – 23rd November.

How and Where Pushkar Fair is celebrated?

Soon after the dates of the Pushkar Fair are announced, preparations for the same get started. The cultural extravaganza commences with the arrival of Hindu devotees a few days before the Kartik Purnima. Lord Brahma is worshipped at one of the rarest Brahma temples in the world and pilgrims take a holy dip in the sacred water of the Pushkar Lake.

However, the count of visitors rises significantly during the last days when traders, buyers, and participants mark their presence in the fair. Cattle and camel owners thoroughly clean and decorate their livestock to make them look the best. A plethora of activities and competitions like camel races, horse shows, acrobatics, cow beauty contest etc. keep on taking place simultaneously.

As the name suggests, the Pushkar Fair is celebrated in a holy town of India, Pushkar. Attracting millions of visitors, the event is nothing less than a popular festival in India.

Is the Pushkar Fair religiously significant? 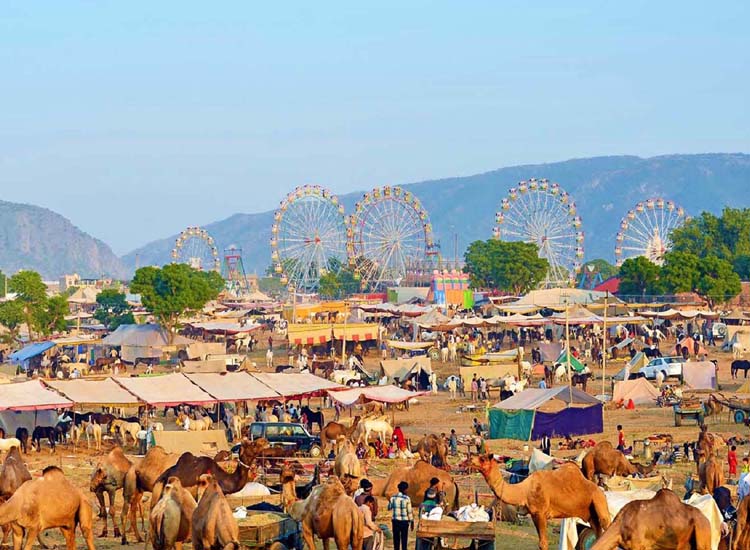 The religious significance of the Pushkar Fair is quite apparent from the fact that the fair takes place around a pious place i.e. Pushkar Lake. Also, the fair ends on a holiest day on the Hindu calendar i.e., Kartik Purnima. Since years gone by, it is a ritual to take a holy dip in the pious Pushkar Lake. It is believed that all the Hindu deities descend on the Earth on this day to take a dip in the holy lake. Doing so removes all the sins committed in the entire life.

What are the other major highlights of the Pushkar Fair?

What arrangements are made for staying during the Pushkar Fair?

Places to stay during the Pushkar Fair include luxury tented camps, simple guesthouses, farm stays and heritage hotels in Rajasthan. But, since the fair receives maximum footfall, it is suggested that the bookings for accommodation should be made well in advance.

How to reach the Pushkar Fair?

There are many ways to reach the Pushkar Fair.