Good News for the patrons of heritage hotels in Rajasthan. ‘Vasundhara Raje’, Chief Minister, Government of Rajasthan, has proposed this step to promote tourism that has been the backbone of the state’s economy.

Earlier this week, Rajasthan has announced its state budget wherein Vasundhara Raje proposed reducing VAT (Value Added Tax) for basic category of heritage properties from 14 percent to 5 percent. This particular segment of hotels comprises of the majority of heritage properties. In order to encourage Rural Tourism, the Minister has excused all guest houses with up to 5 rooms with Luxury Tax. The rural areas of Rajasthan are home to various small, old havelis and other such properties which are fast getting converted into guest houses. 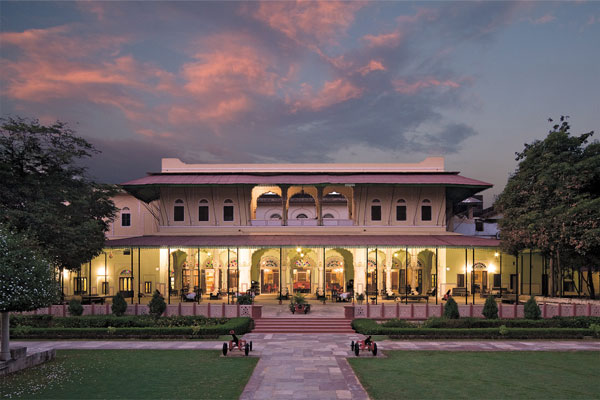 “The average room occupancy in heritage hotels is between 35 to 40 per cent compared to about 55 per cent for modern properties. The reduction in VAT is expected to benefit a large number of heritage hotels in the state and boost tourism. The thrust on Rural Tourism will create opportunities for people like folk artistes, and camel and horse owners, as these properties are scattered over many places in rural Rajasthan,” said Randhir Mandawa, General Secretary, Indian Heritage Hotels Association.

As per Mandawa, due to the exemption of Luxury Tax on guest houses, many small owners will be encouraged to convert their havelis into hotels. Vasundhara Raje has also reduced Luxury Tax on heritage properties during off-season from 5 percent to 4 percent. During summer season, tourist inflow to the state comes down severely.

Check out a list of top heritage hotels in Rajasthan Here.