Madhya Pradesh, the heart of India, is a repository of ancient history, heritage and culture. Here, one can find man-made caves adorned with paintings dating back to thousands of years. The echoes of the royal past can be heard in its fabulous monuments, and the beauty of nature witnessed in its wildlife sanctuaries, parks and hill stations.

History and heritage are scattered all over this state. From the forts of Chanderi to the historic city of Gwalior, the past is reflected in curious ways here. This blog brings you the heritage and historical sites in Madhya Pradesh that transport you to the glory of the past days while leaving you utterly captivated. 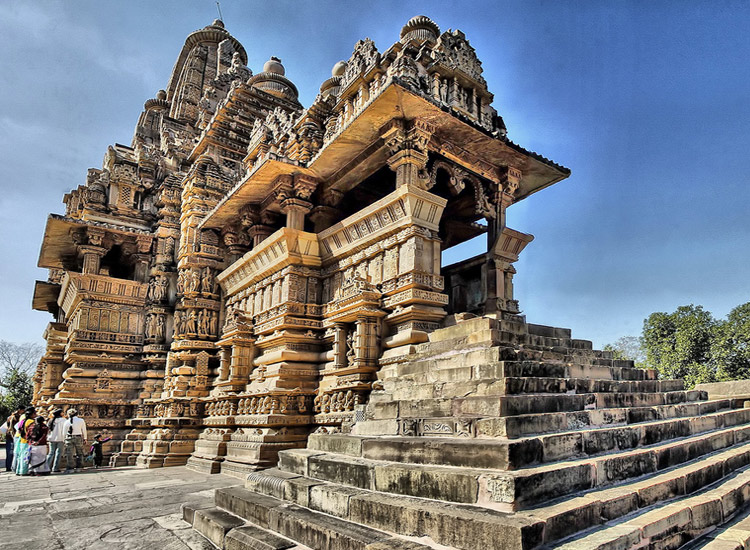 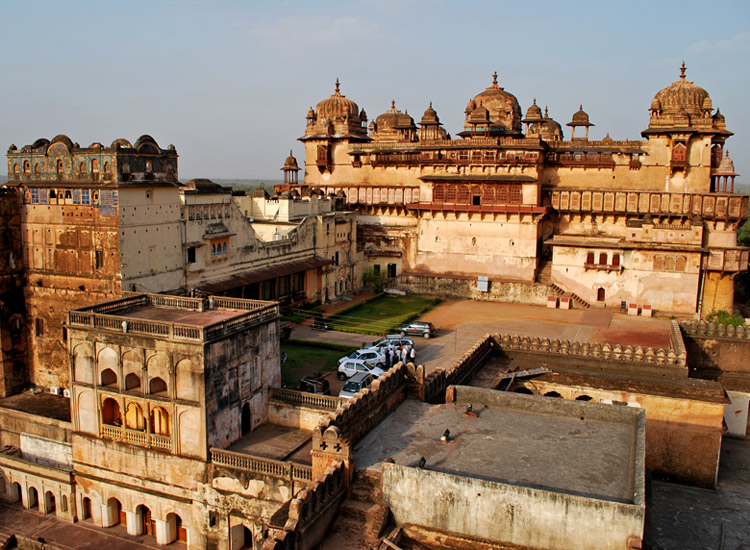 Among the various historical places in Central India, Orccha occupies top position. Seated on the banks of River Betwa, it was founded by the Bundela Rajput Chief, Rudra Pratap in the 16th century. Here, one must visit the Ram Raja Temple because it’s the only place where Lord Ram is worshipped both as a god and king. Further, the Laxmi Nayaran Temple found here, is a unique mixture of a fort and a temple. The fabulous Jehangir Mahal is another example of outstanding Mughal architecture.

[Plan your stay at the heritage hotels of Madhya Pradesh.] 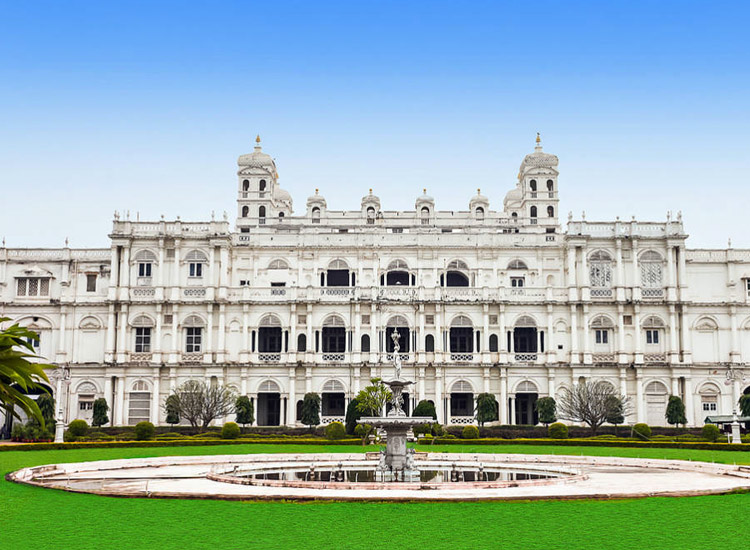 Gwalior, the city of kings and dynasties, is famous for its spectacular hilltop fort, which has been described as the “pearl among fortresses in India.” One must visit the Gwalior Fort here, not just for its incredible architecture, but also due to its Vishnu Temple which contains the first ever written zero. Another marvelous piece of architecture is Jai Vilas Palace. It’s believed that one of the carpets of this palace took nearly 12 years to weave. The tomb of Tansen, located in Old Gwalior, is another fascinating place. Its said that chewing the leaves of the tamarind leaves which are found here enriches one’s voice. 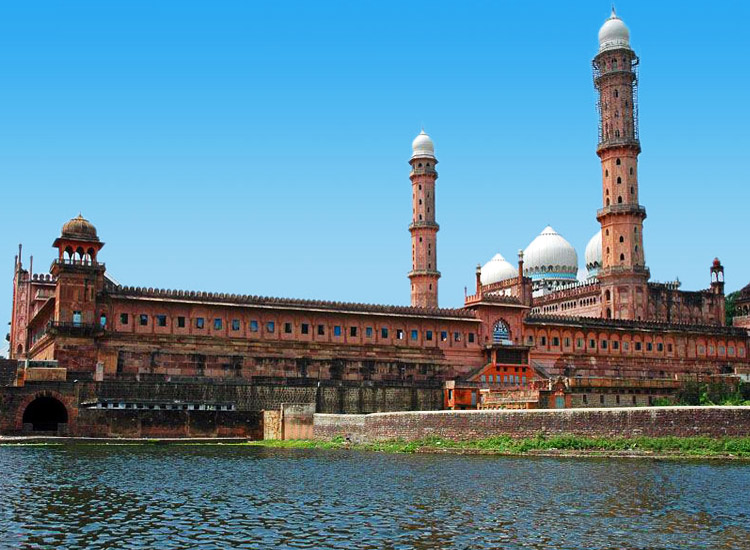 Bhopal is also known as the city of lakes due to its numerous artificial and natural lakes. Amongst these, the Bhojtal or Bada Talab, is the largest man-made lake in India. The largest mosque in Asia, the Taj-Ul-Masajid, meaning the “Crown Among Mosques”, is an enchanting sight to behold. Moti Masjid, another architectural masterpiece, is another symbol of the city’s rich cultural history. The inhabitants of this city also pride themselves on the practice of the Zardozi craft, which has been practiced for over 300 years.

[Read about heritage hotels in Bhopal.] 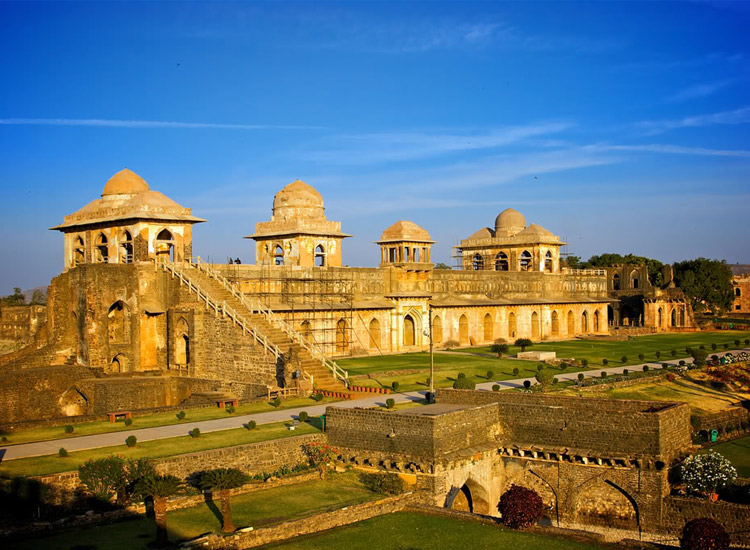 The city of Mandu prides itself on its ancient Afghan architectural marvels. This region is home to some of the top forts in India, including India’s biggest fort – Mandu Fort, which extends to almost 82km. Jahaz Mahal, an amazing structure, showcases the elegance of Islamic architecture along with systems of rain water harvesting. Another attraction is the 12 darwazas (gates) that surround this walled city. Jami Masjid, inspired by the Great Mosque of Damascus, is another grand holy place. Hoshang Shah’s Tomb, which served as the template to Taj Mahal, is an example of sheer beauty. 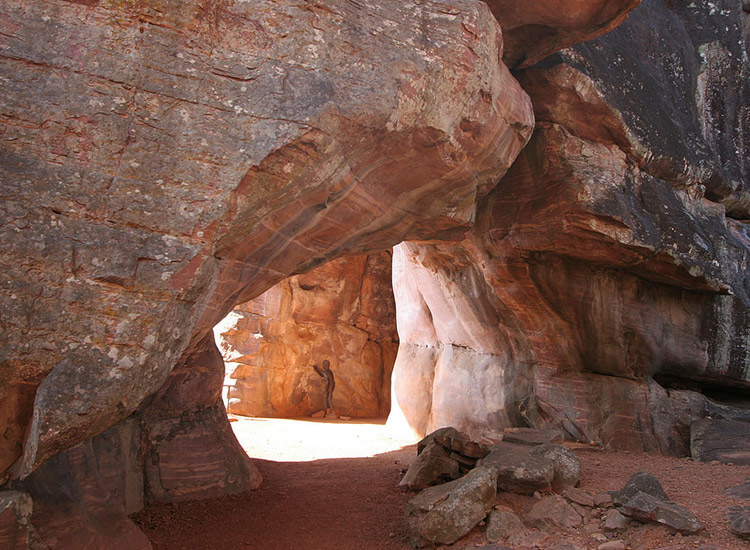 According to legends, Bhimbetka derives its name from “Bhimbaithka”, which means the sitting place of Bhima – a character from the Mahabharata. These ancient rock shelters are adorned with cave paintings dating back to 30,000 years. There are 243 rock shelters in total. One of these, called the Auditorium Rock Shelter, contain cup like depressions at their entrances which are believed to be about one lakh years old. However, the most densely painted rock shelter belongs to Zoo Rock, whose paintings can be traced back from the Mesolithic period to the medieval age. 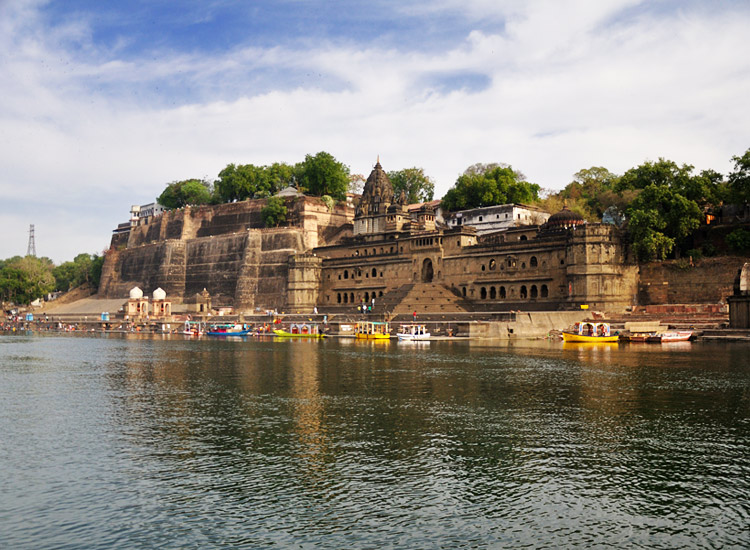 There are various historical places in Central India, and Maheshwar is one of them. Situated on the banks of the River Narmada, it’s famous for its beautiful Maheshwari saris. One of the main attractions here is the life size statue of Rani Ahilya Bai seated on the throne at Ahilya Fort, which is also regarded as one of the best heritage hotels in Madhya Pradesh. Another site possessing great heritage value is Narmada Ghat. Built by Ahilya Bai Holkar in the 18th century, it offers incredible sights of the nearby surroundings. 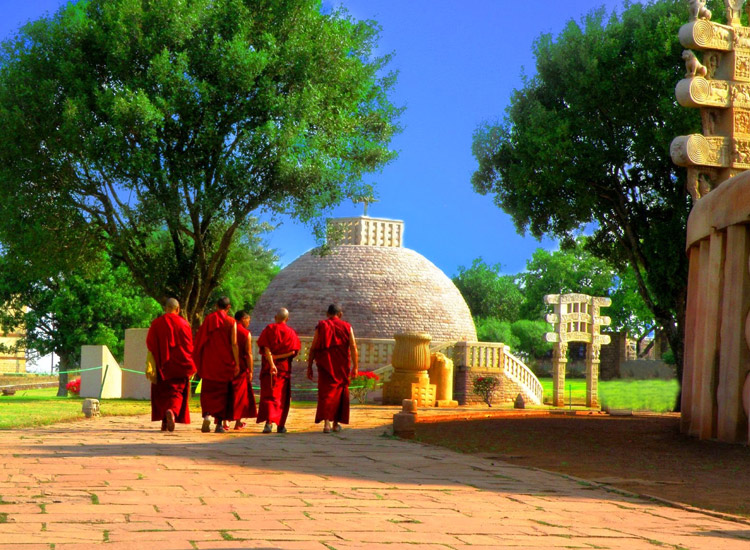 If there is one thing that comes to mind with the word Sanchi, it’s the Buddhist stupas. Containing the relics of Gautama Buddha and his followers, these stupas were constructed on the orders of Emperor Ashoka. Of course, the greatest among all is the Great Stupa. With a diameter of 106ft and reaching 42ft in height, this marvelous structure is also a designated UNESCO World Heritage Site. A particularly captivating sight is the great bowl, which is carved out of a single bock of stone and was used to hold food for monks. Udaygiri Caves, built during the reign of Chandragupta II, and Gupta Temple, are other historical sites. 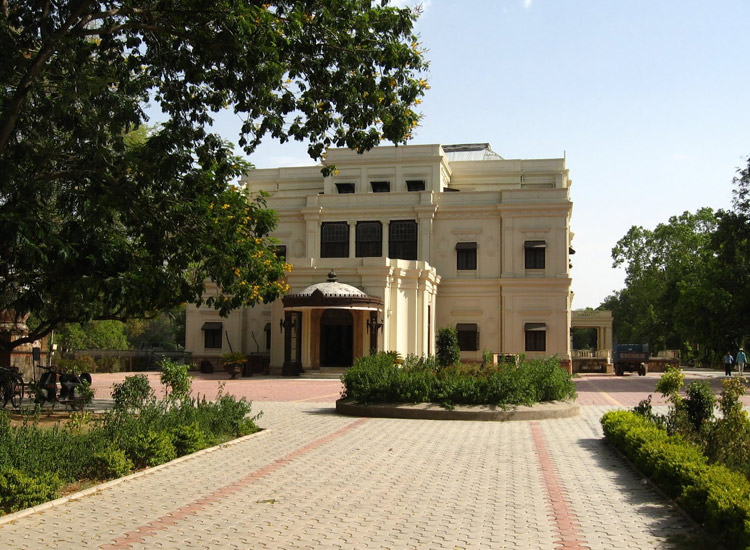 Indore, the largest city of Madhya Pradesh, was discovered by Rao Nandlal Chaudhary in mid-1710. It is the birth-land of the Indore Gharana of Hindustani Classical Music, besides being scattered with various Maratha era architectural wonders. An example of such wonder is the Lalbagh Palace, built in the memory of the Holkar rulers. However, nothing beats the curiosity associated with Kaanch Mandir. A 3 storied majestic palace built by Maharaja Shivaji Rao Holkar, it’s made entirely of glass and mirrors. 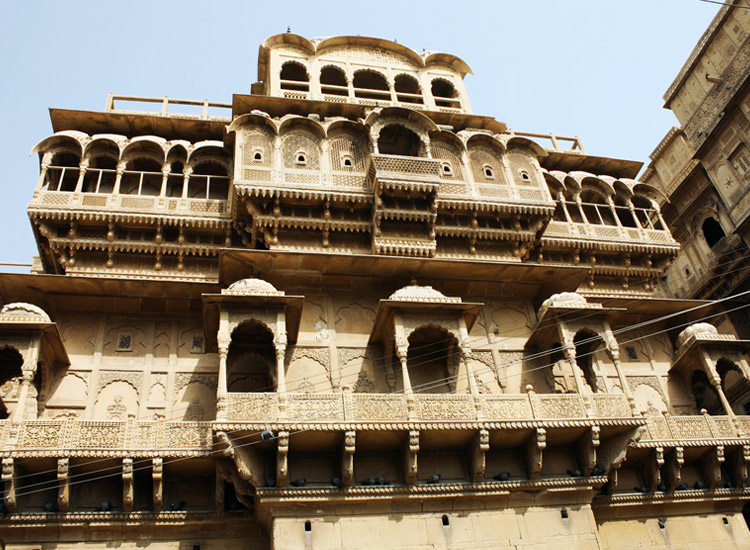 Another place for witnessing the heritage sites in Central India is Jhansi. This place is home to many incredible temples, along with the spectacular Jhansi Fort. Located on a hilltop called Bangira, Jhansi Fort extends to over 15 acres. Among the various temples, the most famous ones are Mahalakshmi temple and Ganesh temple. A great center of attraction is Rani Mahal, the palace of Rani Laxmi Bai. Apart from containing various relics belonging to her, it also houses archaeological remains from the 9th to 12th century.

2 thoughts on “Heritage and Historical Sites in Madhya Pradesh”