One of the oldest buildings in Mussoorie, Kasmanda Palace was commissioned by Captain Rennie Tailour of the Bengal Engineers, way back in the year 1836. Formerly, it was a part of the Christ Church complex. Later, it became a sanatorium for the British Army. Then, it was turned into a school and became one of the first schools in Mussoorie.

Afterwards, in 1915, the mansion became the summer retreat of the royal family of Kasmanda. It was 1992 that the main building of the property was converted into a heritage boutique hotel by Rajkumar Dinraj Pratap Singhji and Kunwarani Saheba Yadu Nandini Singh of Kasmanda. It was then named Kasmanda Palace.

Even today Rajkumar Dinraj Pratap Singhji comes and stays at the Palace Hotel along with his sons and grandsons. The property has been with the Kasmanda family for six generations.

Kasmanda Palace has 24 spacious and sophisticated double bedrooms that offer a comfortable stay to the guests. The guestrooms here are a wonderful amalgam of modern facilities, impeccable hospitality services, and a traditional décor. As this is a heritage hotel, no room is identical in décor, size and shape, except the Superiors rooms, which are made in the new wing.

Deluxe Rooms (7) Deluxe Rooms fall in the base or standard category of rooms and are placed in the Heritage Wing of the property.  However, there is no Garden or Doon Valley view.

Royal Rooms (7) The largest rooms in the palace property, the Royal Rooms are placed in the Heritage Wing. They either face the Doon Valley or the Garden area of the hotel.

Offering the view of the garden and the Magnolia tree, the Magnolia restaurant serves magical views with sumptuous meals. Here the guests can savor lip-smacking delicacies of Indian, tandoor, and Chinese cuisines. Some dishes of Continental and Regional cuisines are also served. On special request by the guests, the chef can also prepare some dishes of Rajasthani cuisine.

At the in-house restaurant, Continental, Indian, Chinese and Regional cuisines are served, amid a wonderful ambiance.

Mussoorie, also called by the name of "Queen of hills" is an attractive hill station. Some famous tourist spots of this place are Lal Tibba, Gun Hill, Kempty Falls and Municipal Gardens. So, rush to book yourself into Kasmanda Palace, Mussoorie 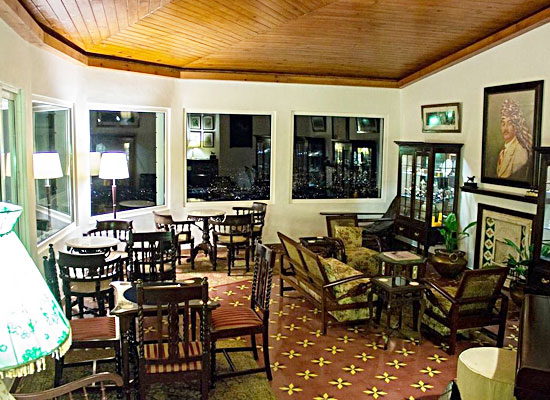 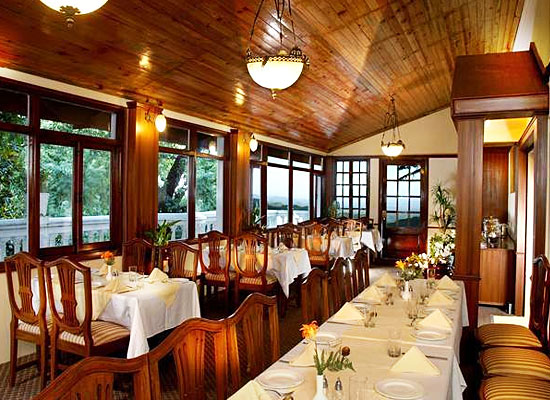 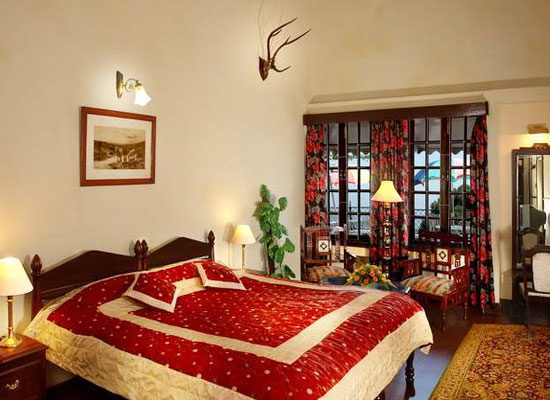