Ahhichatragarh fort was originally built in the 4th century by the Nagavanshi clan. Later on, the structure was rebuilt by the Ghaznis in the 12th century. Since then, the ownership of it went from one hand to another. This culminated in the final structure being a promising example of Rajput-Mughal architecture that has gardens, palaces and temples all in its complex.

It was in the 18th century when the fort became the residence of the several queens of Maharaja Bakhi Singh of Jodhpur. By the advent of modern times, the majestic fort got converted into a heritage hotel and is now named as ‘Ranvas’ (Abode of the queens).

Being converted from the iconic Ahhichatragarh fort, accommodations at the Ranvas hotel are not actually rooms, but spacious havelis. There are a total of 27 rooms, which are carved out from 10 of these havelis. These rooms boast of traditional Rajasthani furnishings in sync with French decors. Antique sculptures and personal collections of the Maharaja of Jodhpur are put on display as decorations in the rooms. Equipped with amenities of modern comfort and living, these rooms are meant to take utmost care of the guests of Ranvas. However, based on certain themes and decorations, rooms at this heritage hotel are divided as:

Guests at the luxurious Ranvas hotel can enjoy mouthwatering cuisines, which are an interesting mix of European and Indian. Then they have a very special mention about the culinary delights, straight from the Queen’s kitchen. Besides the in-house restaurant known as Baradari serves some of the best world dishes all day.

Junglee Maas and Rabori Kanda are some of the prime Rajasthani delicacies which you can expect at the eating spaces of Ranvas. The hotel also has the facility of private dining, which can be arranged at the private courtyards or the rooms of the guests.

Nagaur in the state of Rajasthan is a historic city that is known for its enchanting structures that majorly talk about forts and palaces. Some of the most popular of them are Nagaur fort, Deepak Mahal, Akbari Mahal and Rani Mahal. Besides, exquisite temples like Bansiwala temple and Jain Glass temple are also amongst the must visit attractions. 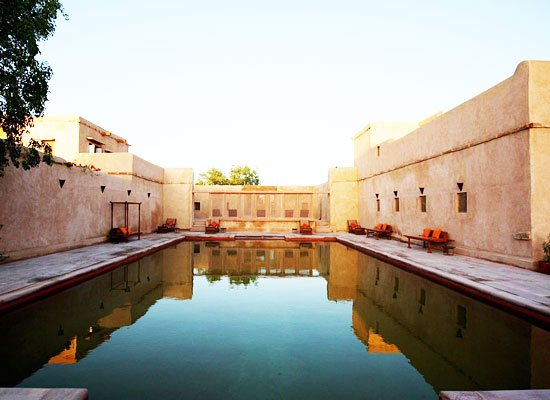 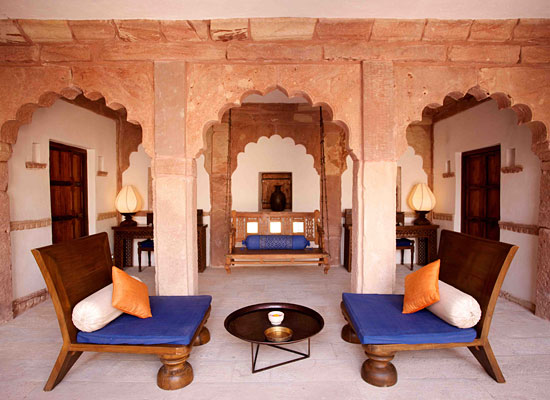 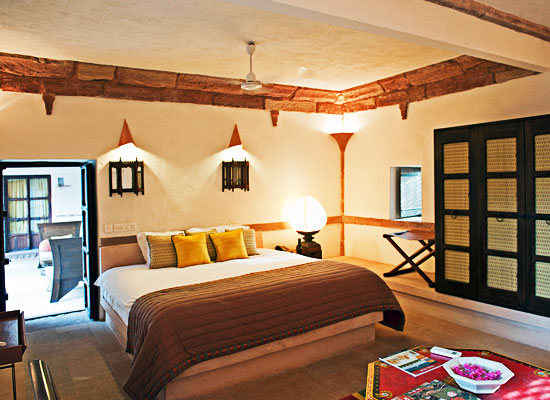 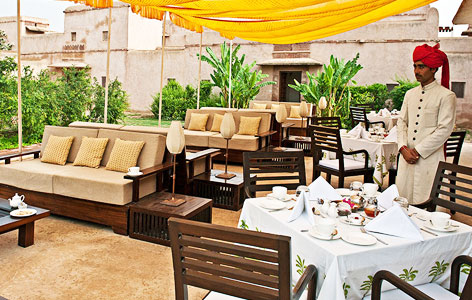 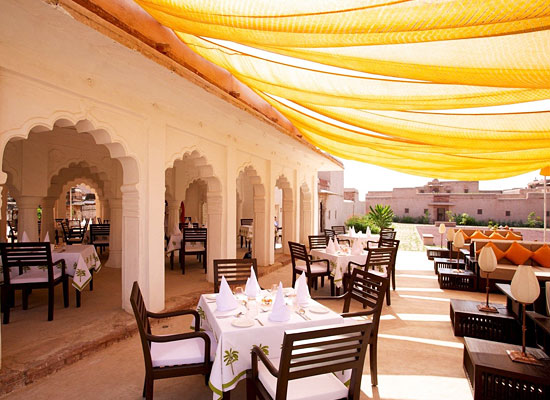