Rajmahal Bhindar was built by Maharaja Shakti Singh Ji, the younger brother of Maharana Pratap in 1578 AD. The majestic place has completed 433 years of existence. Since its original layout a lot more buildings have been added to the Rajmahal by the succeeding rulers of the dynasty.

The luxurious royal palace in Udaipur has been reformed as a popular heritage hotel. Preserving its rich heritage a modern era has been introduced. Enjoy the legendary Rajasthani hospitality of Rajmahal Bhindar.

Accommodation in Rajmahal Bhindar comprise 20 well-equipped rooms and suites categorized as Deluxe rooms, Semi Deluxe rooms, Suite and Premiere Suite. Each room in the Rajmahal has a separate name and unique features.

The deluxe rooms of Rajmahal Bhindar are Anand Niwas, Madan Niwas, Khaas Kacheri and Kesari Niwas. The heritage décor is exquisite and the amenities at par with the modern times.

The Bhopal Niwas and the Madho Vilas are two semi deluxe rooms in the Rajmahal. The rooms are equipped with pleasant furnishings of old days of the Rajputs and conveniences of modern times.

Bhairav Niwas, Shakti Niwas, Mokham Niwas and Kunwar Pada Mahal are the premier suites of the Rajmahal Bhindar. The charm of olden days have been preserved with addition of modern luxuries. Re-live the times of Kings in these wonderful accommodations.

The in-house restaurant at the hotels offers multi cuisine. Indian, Chinese and continental cuisine are available.

Udaipur is very well connected to the rest of the country by rail, road and air. Udaipur railway station is connected to Jaipur, Delhi, Ajmer and other major stations. The airport operates daily flights to Delhi, Mumbai and Jaipur. 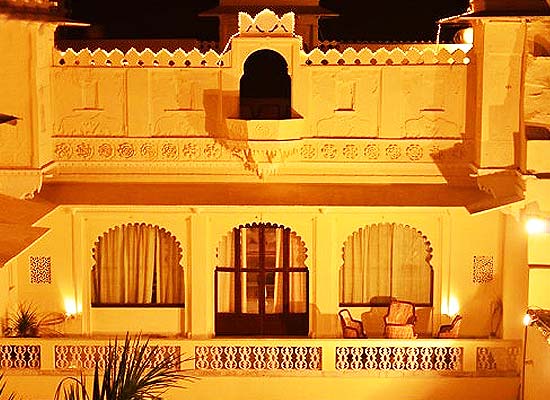 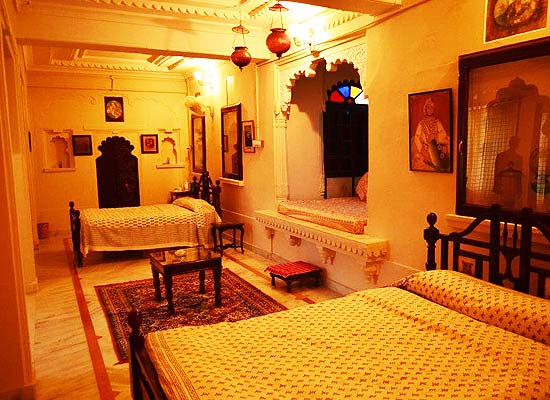 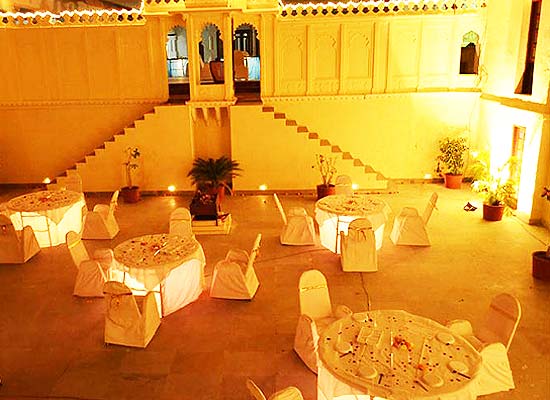