One of the best budget heritage hotels of Mount Abu, Palanpur Palace was constructed more than a century ago by Nawab Sher Mohammed Khan of Palanpur, as a summer retreat. Additions were made by his son Nawab Taley Mohammed Khan. Offering memorable holiday vacations to family vacationers as well as business guests, this hotel is equipped with all kinds of modern comforts. During your stay at the well-equipped rooms and suites of the hotel, enjoy the views of the Aravalli ranges. At the dining venues and the well-stocked bar, savor sumptuous food and relish finest of beverages.

Palanpur Palace was constructed by Nawab Sher Mohammed Khan of Palanpur state, more than a century ago. After a few years, his son Nawab Taley Mohammed Khan made alterations and added more comforts to turn it into a summer palace. Later, in 1923, a part of this palace was converted into a hotel. First, it was called ‘Mount Hotel’ and then an Englishman called it ‘Hotel Skeltania’. Today, it is one of the most popular heritage hotels in Mount Abu. The property lies amid Aravallis and lush scenery.

The Palanpur Palace in Mount Abu has 44 well-equipped guest rooms including grand royal suites (2) and executive suites (6). The rooms and suites are spacious and come with all the world-class facilities and amenities. Some of the conveniences include 29 inches flat screen interactive television with satellite connection, air-conditioner, round the clock room service, mini-bar, writing desk, tea/coffee maker etc. The attached bathroom features complimentary toiletries. During your stay, savor the views of the Aravalli ranges and the lush environment. Business and leisure guests can have a comfortable stay in peaceful ambiance. The room types at the Palanpur Palace are:

The hotel includes a multi-cuisine restaurant, which serves lip-smacking delicacies of North Indian, Rajasthani. Continental, Mughlai, and Chinese fares. Guests can also enjoy meals and drinks at the Pastry shop – Delicacy, the Bar, and the Pool side café. The dishes are prepared by the chef using freshest of ingredients. The staff of the hotel is very well-mannered. 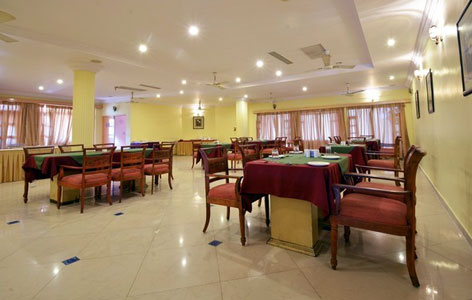 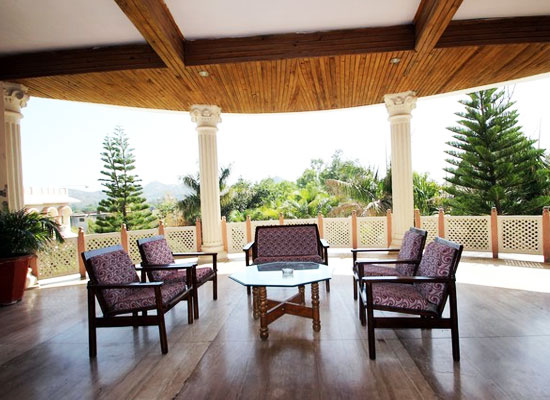 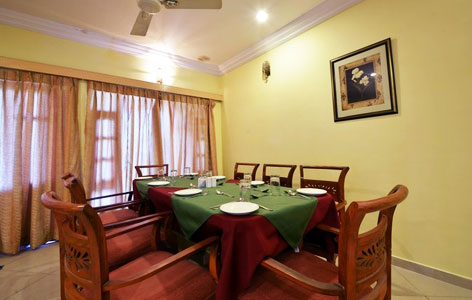 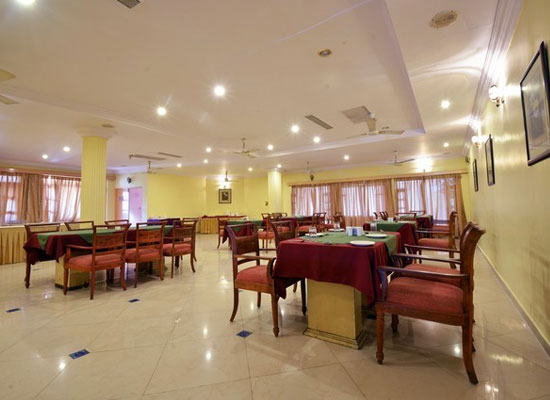 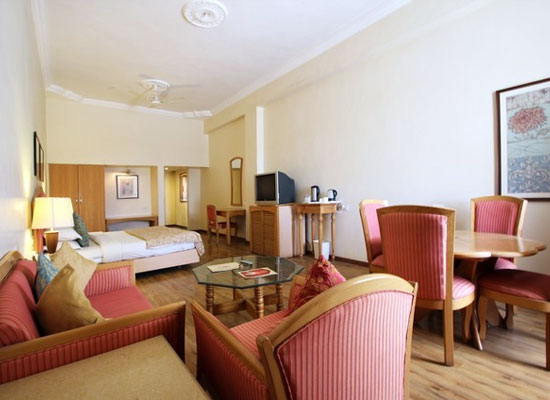