Hotel Bundi Haveli has earned the distinction as one of the primary choices of Heritage hotels in Bundi. The hotel is covered by exotic Aravallis Mountains and hence the views are simply amazing. Tourists love staying here because of its close distance from major attractions including various forts, lakes, historical monuments and palaces. With the stunning Garh Palace and Taragarh Fort in the background of the hotel, a stay in here is simply the best.

Prithviraj Chauhan faced a defeat by Sultan Mohammed Ghauri in the year 1193. Numerous Chauhan nobles were exiled and took shelter in Mewar. They joined forces with Ranas. Many other reached Chambal valley where they defeated Bhil and Meena tribals to form their own kingdom, namely Hadoti. Many years later, the two Hadas’ branches joined together and founded two separates states, namely Bundi and Kota. It was after this time that the majestic Bundi Haveli was built here.

All the 12 rooms in Hotel Bundi Haveli, a fine heritage hotel of Rajasthan are simply adorable. The hotel staff ensures and guarantees 100% hygiene and maintenance of these rooms. The guests enjoy various luxurious amenities that they are provided in these rooms while they simply sit back and relax in their elegantly furnished air-conditioned rooms. The majestic views of palaces, forts and lakes from the windows are simply stunning.

There are two restaurants in the heritage hotel. One of them is located in the courtyard garden serving delicious Continental and Indian cuisines to guests. Tourists love dining in here because of the traditional jali windows and engraved stone pillars of this restaurant. The other restaurant is located on the rooftop where guests prefer to taste the aromatic coffees and tasty snacks while enjoying the cozy views around. 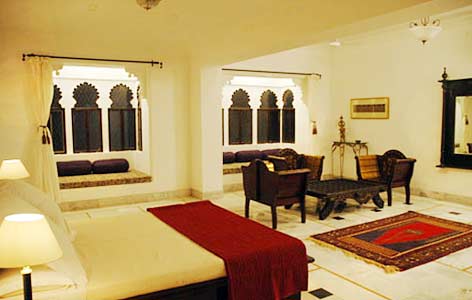 One of the most historical towns of Rajasthan, Bundi, has been witness to thousands and thousands of tourist everyday because of its exquisite surroundings and exceptional beauty. Surrounded by the stunning Aravalli Mountains, the tourists come here to enjoy the views of forts, lakes, palaces and havelis which are scattered in every corner around Bundi. 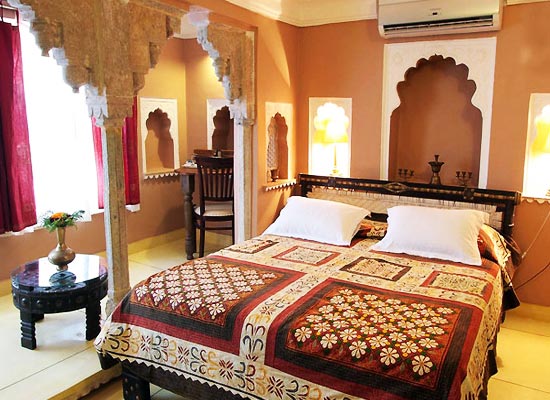 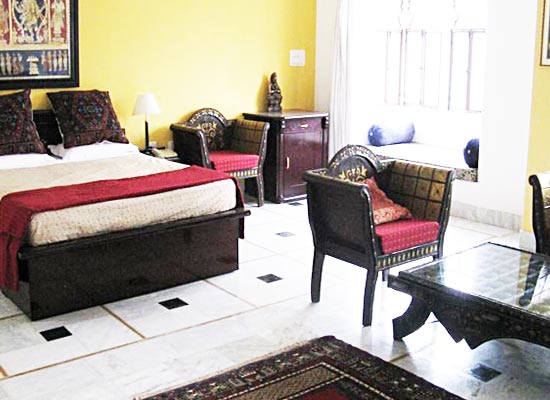 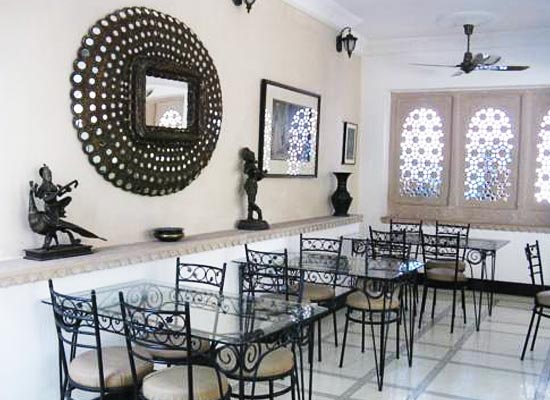