Around 11th century A. D. Dula Rai defeated Badgujjars at both Dausa and Bhandarej, and ushered in the reign of Kachhawaha princes and established the kingdom of Dhundar. The Bhandarej Fort was built around then. It has been renovated extensively since. In 1994 it was made in to a Palace Hotel. The Hotel Bhadrawati Palace in Rajasthan is located at a distance of 62 kilometers from the airport and the rail head and the bus station is just 1 kilometer away.

Hotel Bhadrawati Palace of Rajasthan in Rajasthan has a provision for 70 well appointed and centrally air-conditioned guestrooms which are well maintained and equipped with modern facilities and amenities. The rooms are categorized into 35 Double Rooms, 10 Deluxe Rooms and 25 Standard Rooms. The hotel provides attached modern bathrooms and running hot and cold water in all the rooms.

Bhandarej is a small village located around 62 kms away from Jaipur in Rajasthan. Bhandarej is a home to many temples and monuments dating back to the pre-medieval time. Bhandarej is located in the Dausa district of Rajasthan, exactly on the Jaipur - Agra highway. Bhandarej is certainly a delightful place to explore with many enjoyable sights and sounds surrounding it 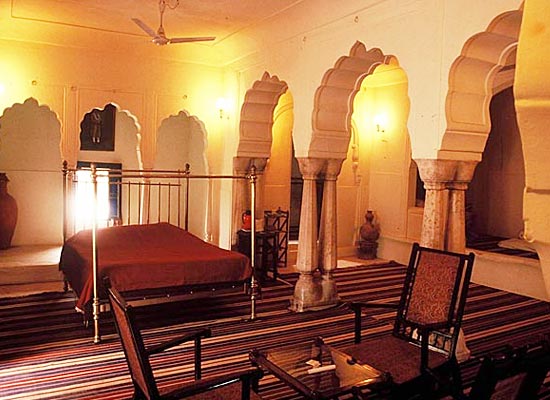 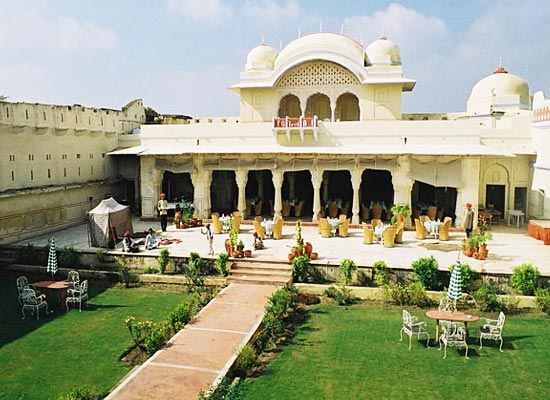 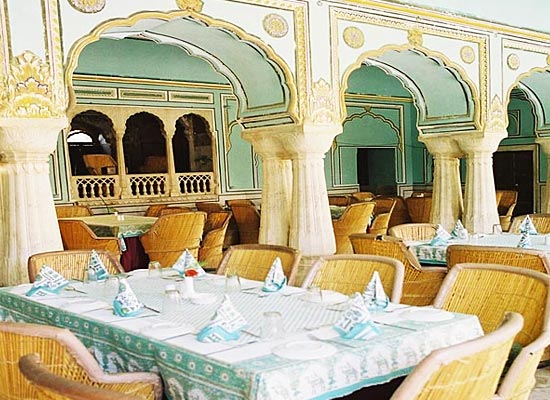