The history of The Khirasara Palace takes one 450 years back in time. Three prominent periods of Khirasara state has been marked by the Historians:

Thakor Bhimaji:  Shree Kaloji ruled the city and gave birth to seven sons. When Kaloji died, Sangoji became the ruler while other brothers were offered certain gifts. After Sangoji’s death in a war, Bhimaji, who was supposed to succeed the throne, refused it and gave it to his younger brother Junoji. Even today, this is considered as an act of utmost humility.

Thakor Ranmalji: Thakor Ranmalji built Khirasara Palace. Somehow, the structure kept collapsing despite many efforts. Thakor Ranmalji asked blessings from a Sufi fakir from Sindh who asked him to build a “place where divinity can find abode” and the castle will remain erect forever. Thakor Ranmalji built a large structure giving abode to The Pir and his descendants who stayed there for many years.  Their tombs can be seen even today. The majestic Palace made the enemies envious and they attacked the palace many times.

Thakor Sursinhji: Thakore Sursinhji tried to resurrect the Khirasara Palace and bring back the glory and riches of Khirasara by helping the poor and common people. The post independence developmental procedures were introduced by Thakore Sursinhji.

The Majestic monument of Khirasara, even after bearing the blows of time within centuries, still stands now with full glory as the Heritage Khirasara Palace.

The Luxurious suites in the heritage hotel is  a representation of the magnificence and grandeur of the city’s glorious past, intermingling, into one, with the modern day facilities and requirements. There are a total of 26 Luxury suites that are divided into 6 categories namely Maharaja Suite, Surniwas Suite, Surniwas Deluxe Suite, Ran Vilas Deluxe, Pranay Vilas Suite and Maharani Suite. Well furnished seating areas; bathrooms with free bath amenities and shower facilities; Minibar; Wi-Fi access; Laundry; Tea-Coffee amenities; 32” LCD;  Safe; views of the lush garden surrounding the property; A stay in  any of these suites is an unforgettable extravaganza!

Heritage Khirasara Palace provides a wide range of exceptional dining choices with varied cuisines ranging from the traditional and ethnic Gujarati delicacies to the delicious and scrumptious global and Indian cuisines. The guests can also enjoy the candle light dinners with their partners or have a relaxing time at the Pool side bars with varied range of beverages. The heritage hotel  consists of numerous fine dining areas including Wind N Waves, the 24 Hrs Coffee Shop with snacks, Sheesh Mahal, the Multi Cuisine Restaurant, Deep Mahal, the special candle light dining area and Jal Vihaar, The Pool View Café with alcohols and non alcoholic drinks.

Located at a distance of 5 km of Metoda Industrial Area, is the Multi-cuisine Restaurant with a Specialty of traditional Gujarati cuisine in the Heritage Khirasara Palace, at Kalawad Road Khirsara area in Rajkot. The luxurious Heritage property is strategically located on the top of the hill to offer a ceaseless mesmerizing view of Rajkot. Every guest receives the exceptional taste of hospitality and Royal treatment of Rajasthan with a stay in this grand hotel. 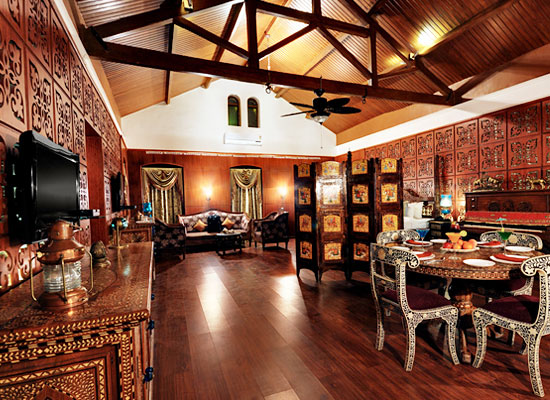 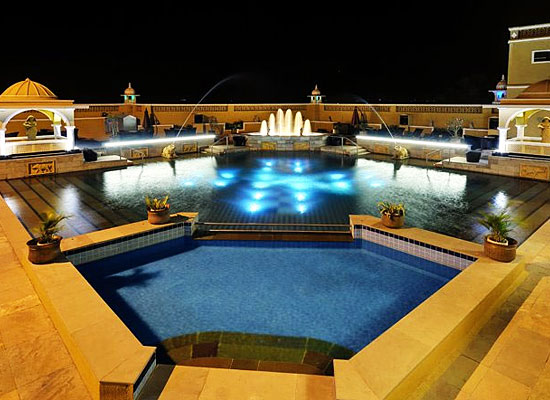 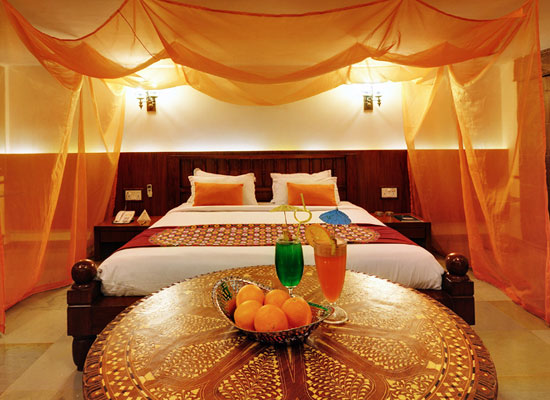 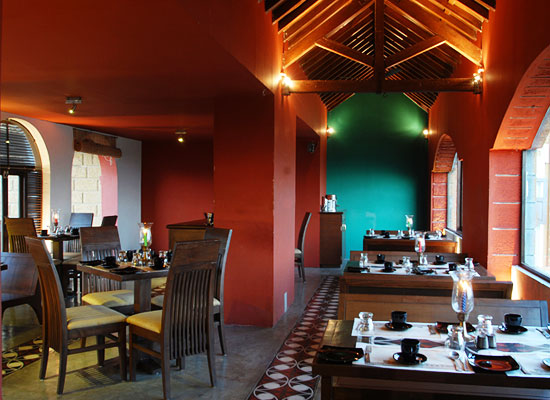